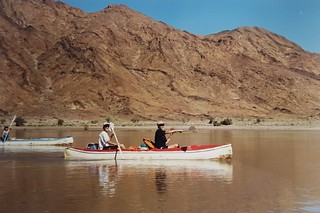 Orange River canoeing trips have become a great South African family adventure since the 1980s when commercial canoeing and rafting commenced on South Africa’s longest river. The classic canoeing trip leaves from near the border town of Vioolsdrif and winds west for about four days through the spectacular, arid riverscape of the Richtersveld, now a transfrontier peace park. The odd grade 3 rapid provides some excitement, especially a notorious one at low water, known as Sjambok (roughly translated as rawhide whip). Participants sleep on the sandy beaches and cook over open fires under a firmament unpolluted by light. There are no roads or towns near the river – it is wilderness. In summer more time is spent in the water than in the canoes because the days are seriously hot! The best times, weatherwise, are on the shoulders of the seasons. However, these are also the periods when river operators push overly large groups down the river, something which has spoilt  the experience at times, and also detracts from the professed environmental credentials of some operators.

My first trip was a private one that we organised in about 1991. We had some setbacks: a canoe trailer that lost a wheel and the drowning of Deon’s expensive camera. But it was a never-to-be-forgotten adventure, one of the highlights being meeting up with a recluse on an island upstream of Sjambok who was writing a 600-page tome on … the sex act! 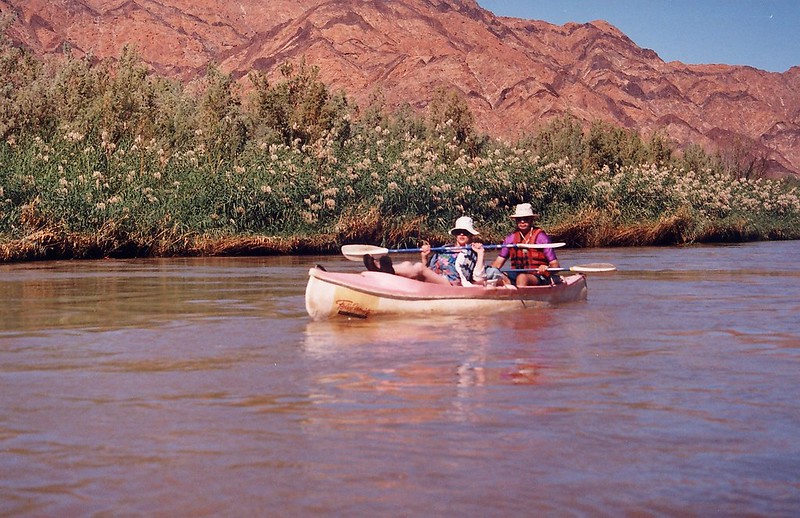 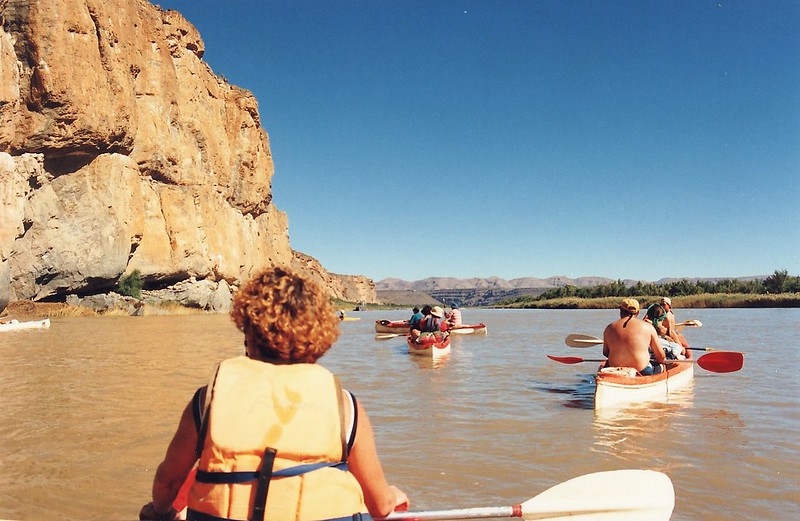 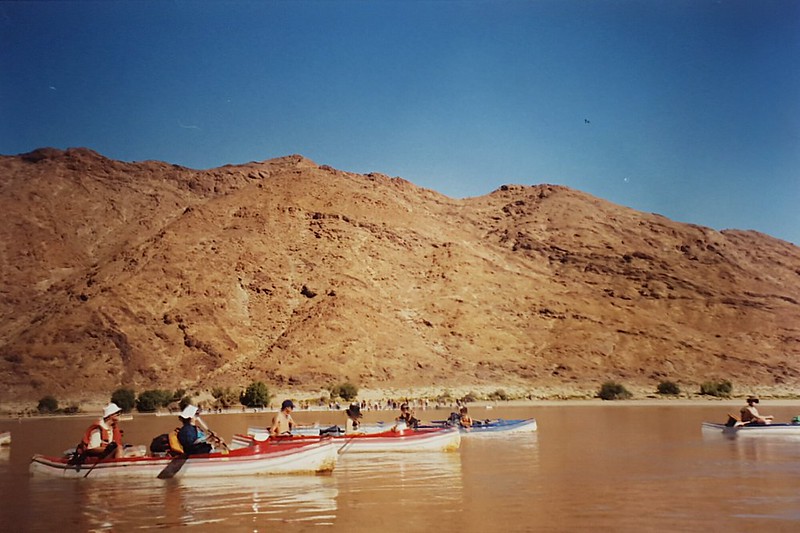 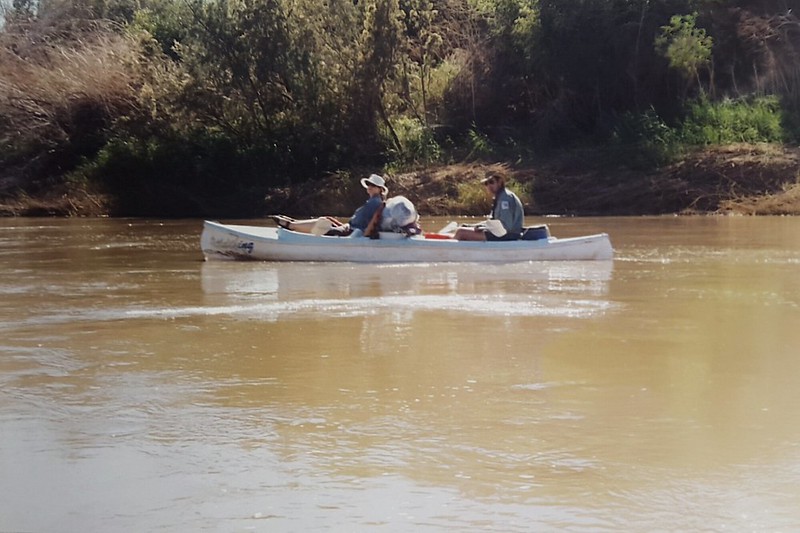 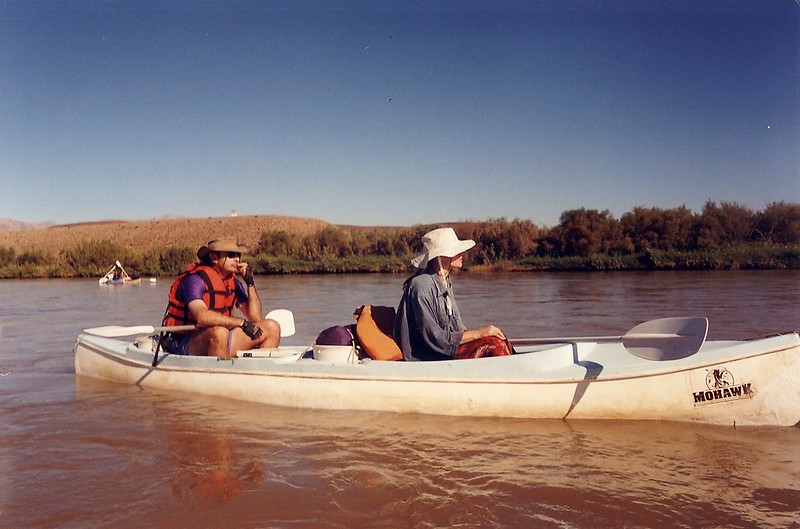 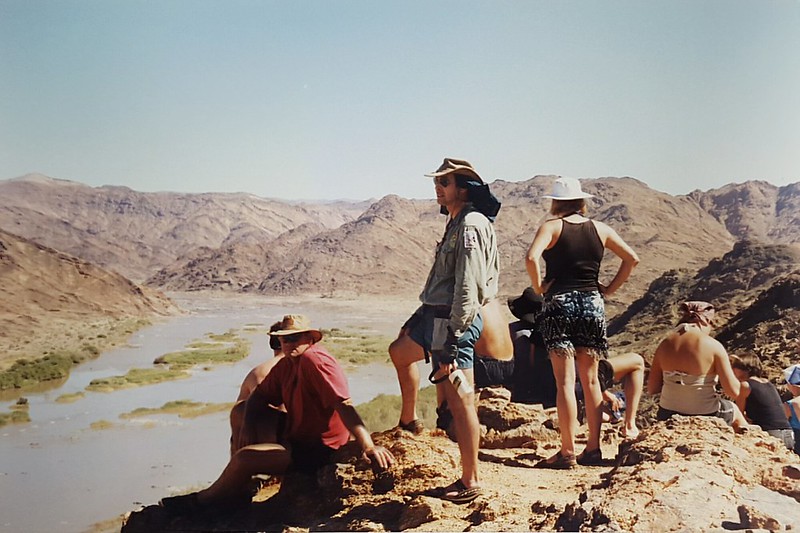 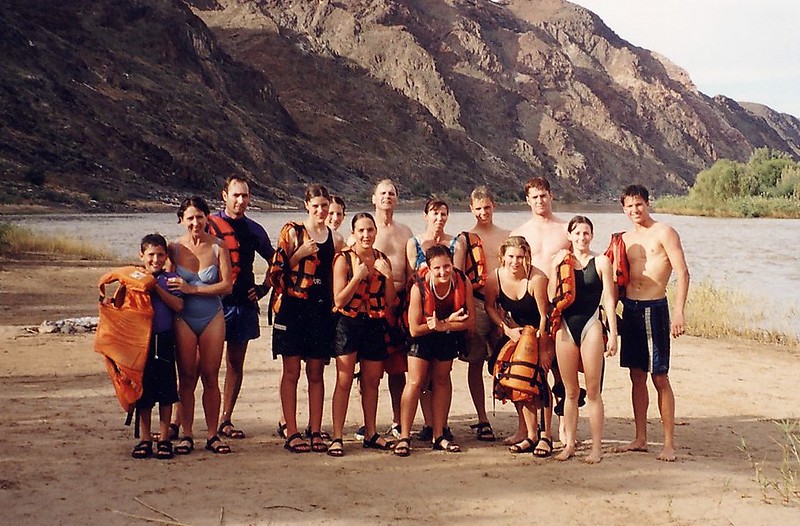