A 40km paddle along some of the most beautiful coastline in the Cape – Cape Hangklip to Gordons Bay. (“Hangklip” = “Hanging Rock”) 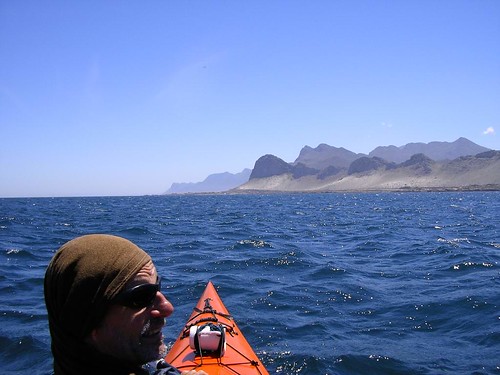 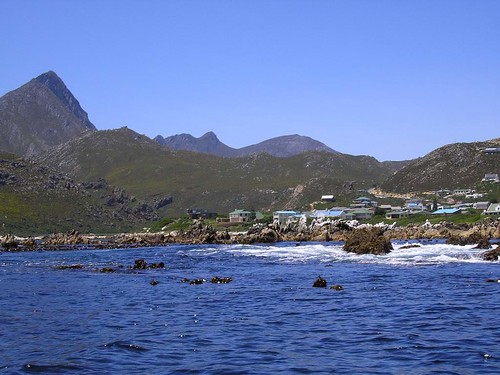 Rooiels from the sea. The mountains of the Kogelberg Nature Reserve rise green in the distance. The reserve is now a World Heritage Site. 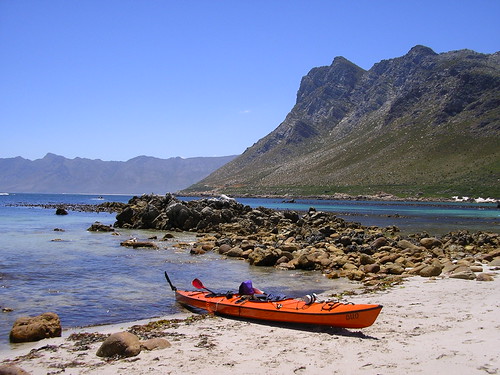 Rooiels beach – about halfway. We estimate that we paddled 40+ kms in total. It took us about 5 hours. 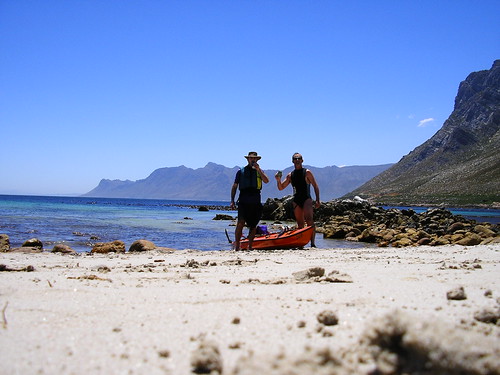 Rooiels beach – time for a beer. We would need all that energy despite the apparent tranquillity in the background. 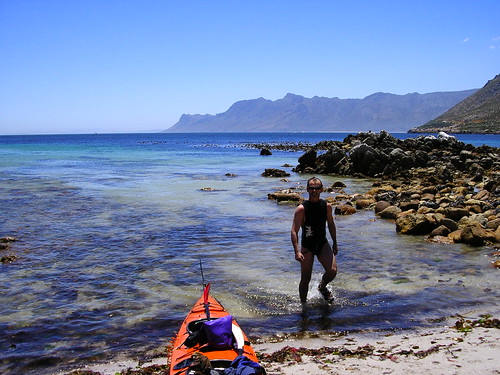 This is some of the most beautiful coastline in South Africa. Unfortunately, bikers roar along the coast road most weekends. Out on the water it’s silent except for the reflected scream of the bikes. It’s not as if they’re enjoying the scenery; how can they at 140km/h? The mentality defeats me… 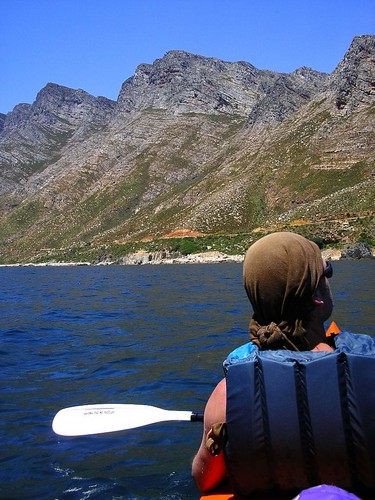 Kogel Bay mountains. The sea is calm and cormorants, seals, Cape gannets and penguins share it with us. But an hour later the water became confused as the onshore swell and chop reflected off the sea cliffs. We had to paddle solidly for 2 hours to stay upright. A diver tells me later that a dive site north of Steenbras is known as the “washing machine”.

Or download the GPS track and open in Google Earth