The first time I saw the phrase “Eden to Addo” it spoke to me. Then when I saw it juxtaposed with “mega-hike” the synapses fired in my brain. The concept was so evocative I had to go.

Eden is the slightly pretentious name for the Knysna region – a lost Eden if you will – that is suffering rampant coastal development. But it is famous for its once mighty forests and the forest elephants, some of whom seem to be hanging on in silent isolation in their shrinking refuge. The idea of walking through these dark, but not so deep, remnant forests appealed to me.

Addo is the location of the Addo Elephant National Park, a conservation success story and refuge to the last of the Eastern Cape herds of pachyderms. Addo is also on its way to becoming one of the largest and most diverse national parks on the subcontinent, situated at the junction of a number of biomes. But what was really exciting was the idea of traversing the Baviaanskloof wilderness area and many Cape fold mountain ranges including the Tsitsikamma, Langkloof, Couga, Baviaanskloof, Groot Winterhoek and Klein Winterhoek ranges. I would find that the anticipatory excitement bore no relationship to the experience of walking through these places. 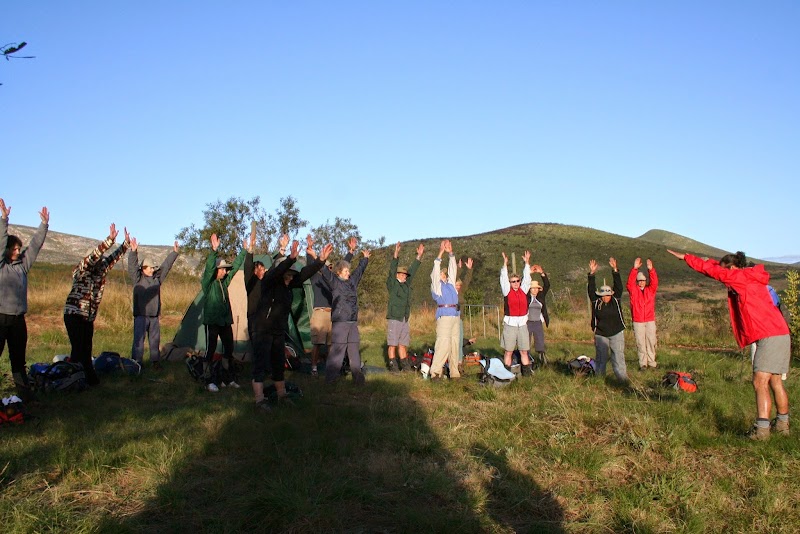 To spend 16 days in close proximity with a dozen or so others, sometimes under trying circumstances, without even a hint of conflict suggests that the mega-hikers – those who walked all 400 hard kilometres – were a special kind of people. The mega-hike had clearly selected for them – an insight that is unsurprising in hindsight. Over the course of two weeks, walking in quiet conversation with individuals through some of the most awesome landscapes, one learns a few things about them. 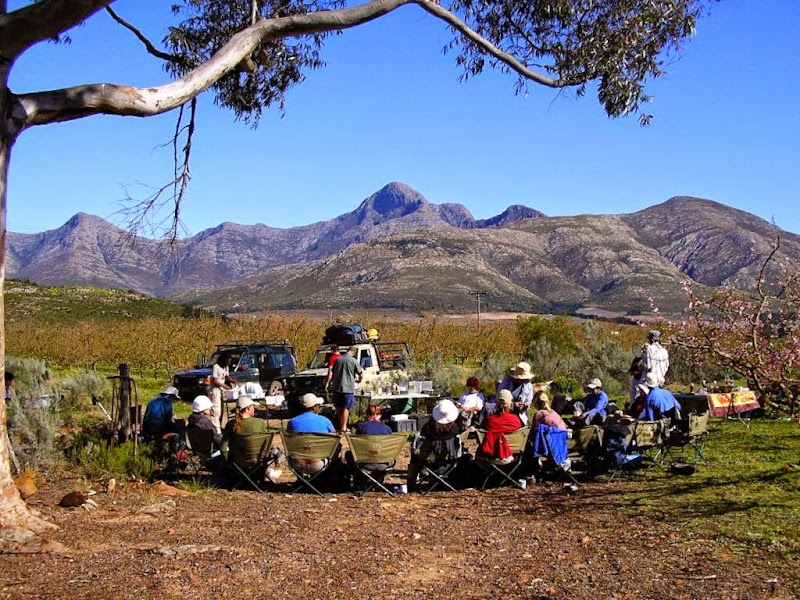 Most have followed alternative trajectories through the firmament of life. Not for them the traditional corporate careers or sedentary retirements. They have done so much in terms of life experience, travel and adventure that it makes me wonder what I’ve been doing for the last thirty or so years. 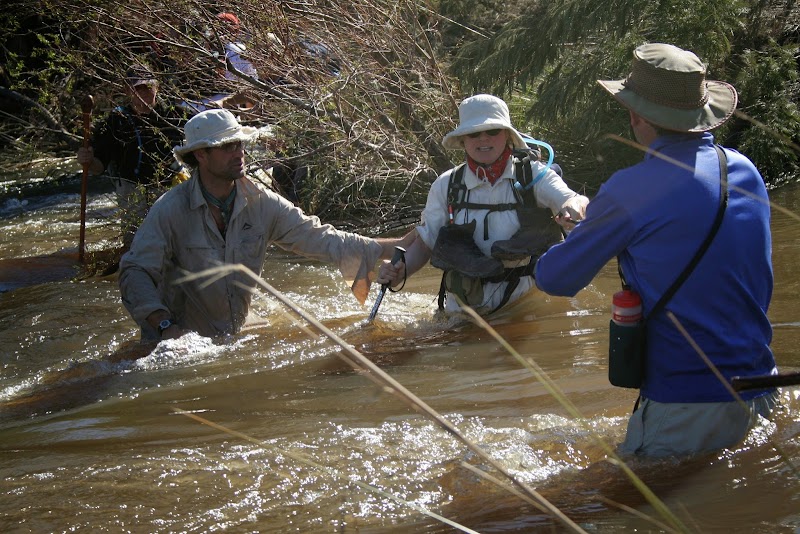 I was also struck by the spiritual and emotional approach to nature of some. I live and work in a very rational world, surrounded by people with similar traits to mine, so the experience was interesting and unusual. The best description for many of the mega-hikers’ world view that I could find is “biophilia” – a hypothesis that suggests that Nature speaks to our emotions; that our deep affiliation with Nature is fundamental, a product of our biological evolution. 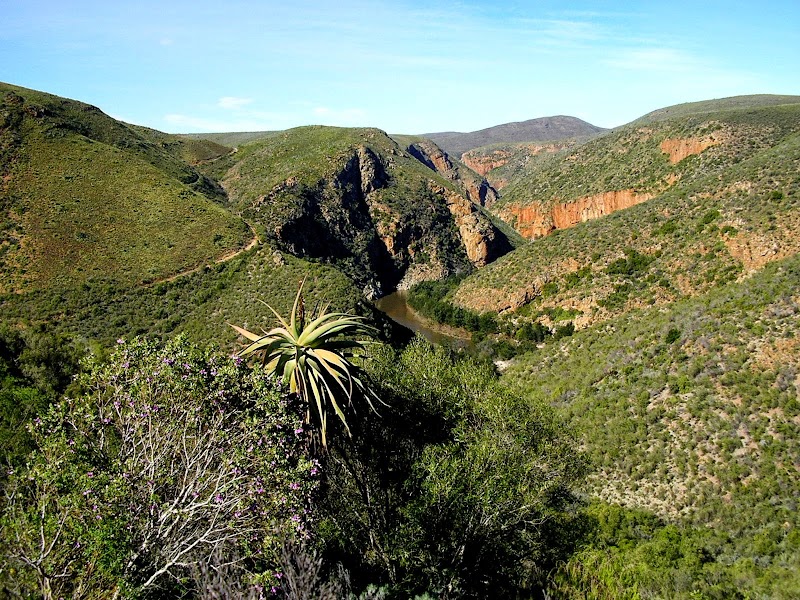 Many of these photos were taken by Lara Husted. Visit the photo album.

My abiding memory is the sheer immensity of the largely unpopulated landscape. Undulating hills, mountains and valleys in all directions, endless folds, for days on end. Do the Google Earth fly-through and you will start to get an idea of what I mean. One thinks of the Southern Cape as a landscape under human pressure, but it is only the coastal strip that is being squeezed. It is both amazing and a relief to see such vast wilderness so close to burgeoning populations. 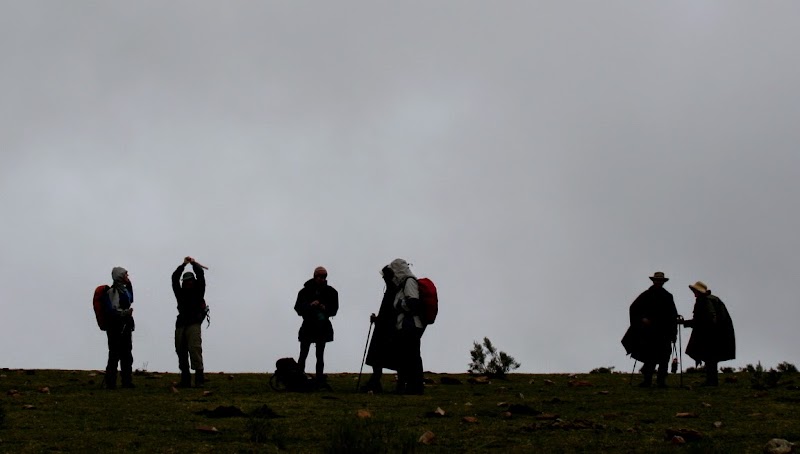 The term “diversity” also gained real meaning as we walked through varying vegetation. I can only describe it in terms of textures – the green cotton clouds of the forest, the velvet folds of fynbos, a tangled quilt of colour in the Baviaanskloof and the spiky flesh of the thicket. 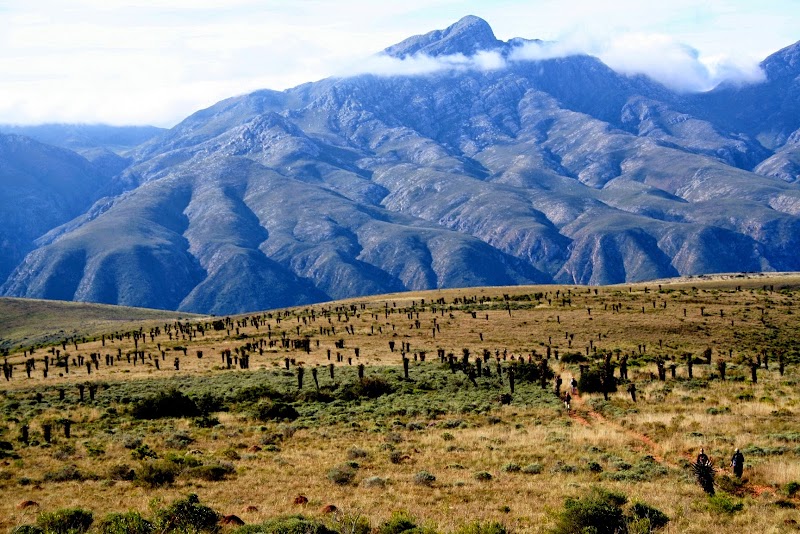 This was one of the toughest things that I’ve done. I have never had bruised soles before. After leaving Soetkraal and walking in the rain, my wet feet had been suitably tenderised. The next day’s long march on hard-packed dirt road did the rest. That night at our camp in a Langkloof valley I couldn’t bare to stand on my feet. They were on fire. Over the course of five or so days, and helped by a good decision to walk the Baviaanskloof in strops, they gradually improved. 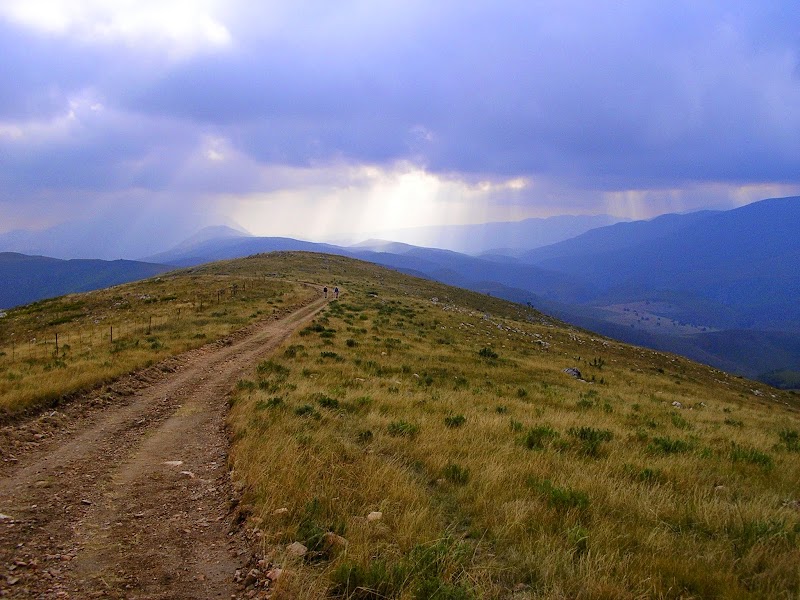 I thought that I would philosophise on the hike, solve some major problems. I didn’t; I thought about nothing. I simply lived in the moment, looked, listened, smelt, felt, marvelled in that immediate sphere, in my moving bubble. Afterwards there was that dopamine-induced satisfaction, that feeling of languid wellbeing. 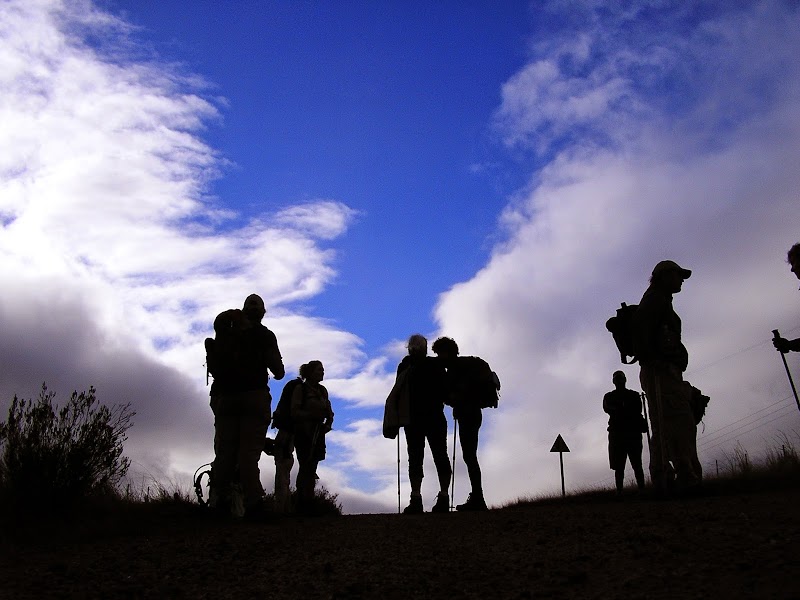 Pisgoedvlakte (“good piss plain”). When we walked across this plateau after a sharp climb up the pass from Rooihoek in the Baviaanskloof, I wondered about the origins of the name. My father-in-law, a Koo valley farmer and Afrikaner, solved the riddle by explaining that there are in fact quite a few similarly named features in the country – and all of them are located at the top of steep mountain passes. The teams of oxen would be outspanned after the strenuous climb for a “good piss”. And so we live and learn… 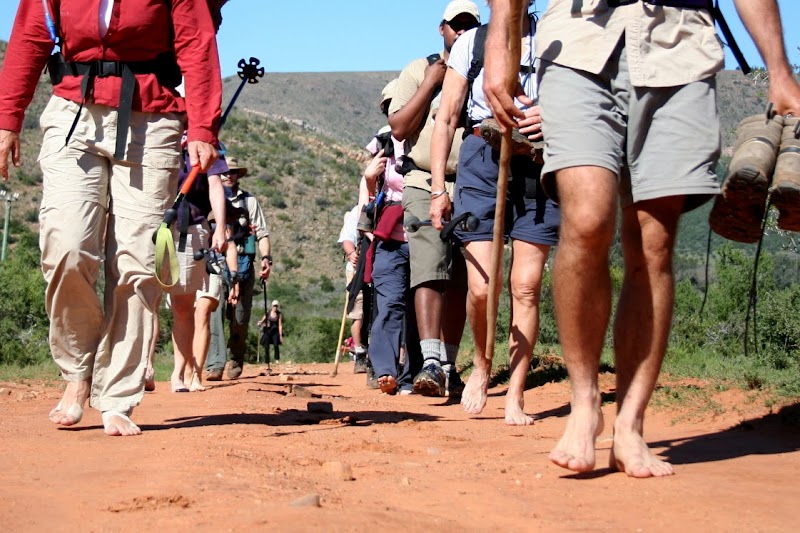