A circuit of Paarl Mountain

There are many easy walking routes around the granite inselbergs of Paarl Mountain, most of them ideally suited to leisurely outings with a young family. 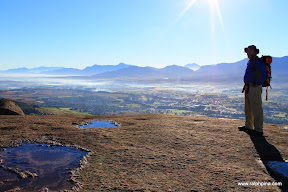 Paul and I decided to get into the outdoors again for the first time after our return from trekking in Patagonia. It was one of those fine, sunny winter’s days that the Cape often produces – contrary to what some upcountry folks would have you believe. We walked where our fancy took us and ended up strolling for 14.2 km and climbing Gordon’s Rock, which involved a little rock scrambling.

Originally town commonage, Paarl Mountain is now a municipal nature reserve. The three granite domes that dominate the plateau are estimated to be 500 million years old. Shortly after the Dutch arrived in 1652 the two large domes became known as ‘Diamant’ and ‘Paarlberg’ (Dutch for Diamond and Pearl Mountain), probably because of the way the granite glistens in wet weather.

The form of fynbos that grows on the plateau is rare because it represents a form unique to granitic clay. Over the millennia the inselberg would have experienced periods of isolation as sea levels fluctuated, which has meant that speciation must have contributed to floral diversity. The place is worth visiting and enjoying – often. 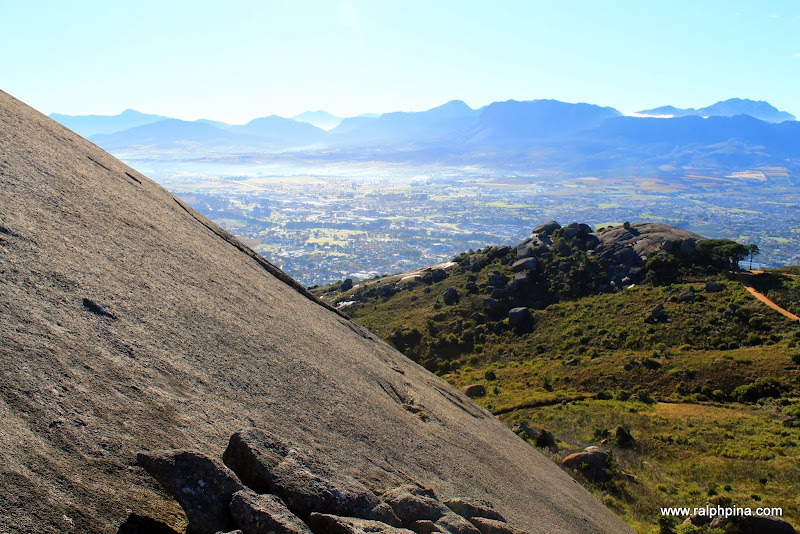 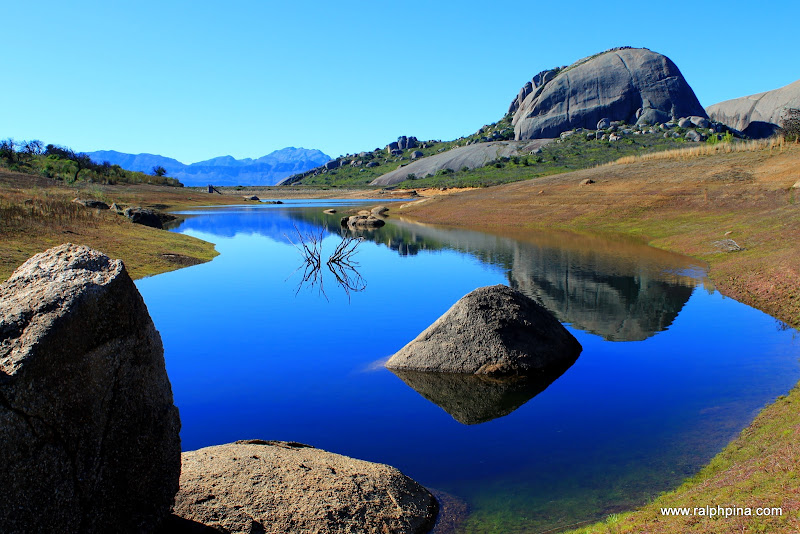 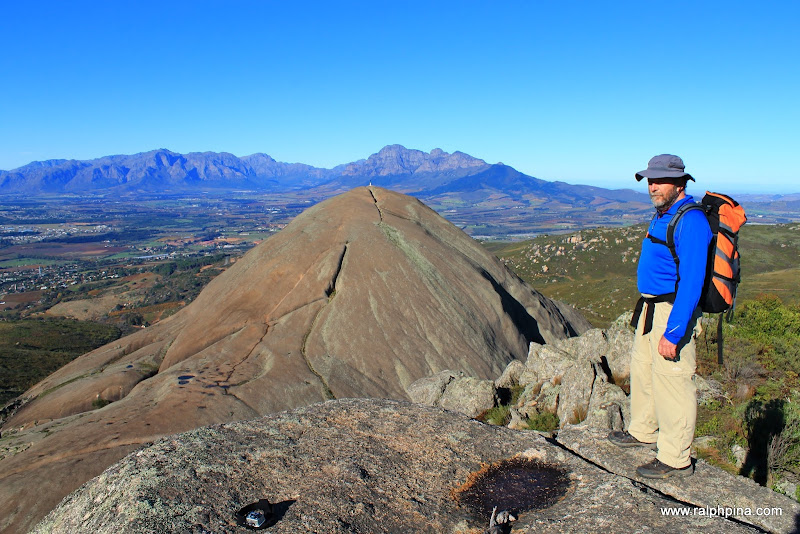 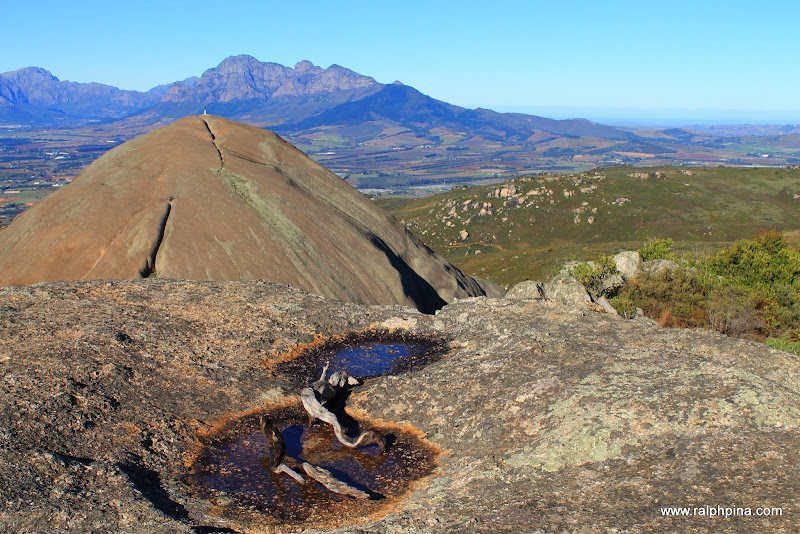 Paarl and the Limietberg beyond