Scrambling up the Cathedral 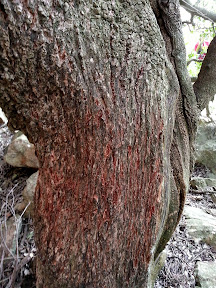 The tree where the leopards sharpen their claws

Katedraal is the Afrikaans name for the Second Ridge Peak, one of the thin, serrated ridges that line the eastern rim of the Jonkershoek valley south of the Pieke(Twin Peaks). The Mountain Club’s Stellenbosch section tackled it as yet another cold front made ready to pounce.   We hiked up to Bergriviersnek from the white bridge, and then turned north up the Rifberg, bagged the Third and Second Ridge peaks and then slipped and slid down the slick Slab Route. The approach to Third Reach peak features a slightly exposed ledge (as you will see in the video clip below) and a precarious scramble up a grassy gully, known to the locals as The Green Mamba. As the last of us summited Katedraal the mist enveloped the peak and the temperature started to fall. It was time to leave. The hike is about 17 km’s in total.  My GPS failed to get enough fixes down the Slab Route to accurately plot the track, so this section of the Google Earth track below is unreliable and patchy.

If the 3D map above does not render, download the kmz file of the tracks and view in Google Earth 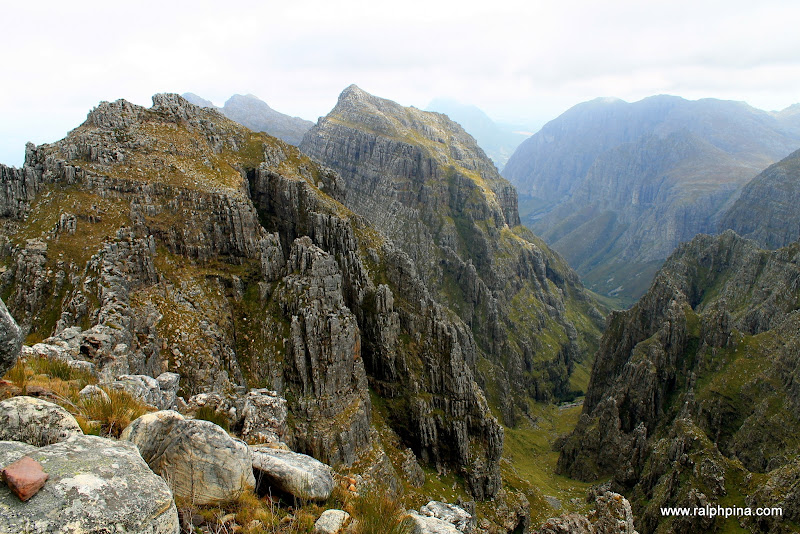 From Third Ridge Peak down Banghoekkloof 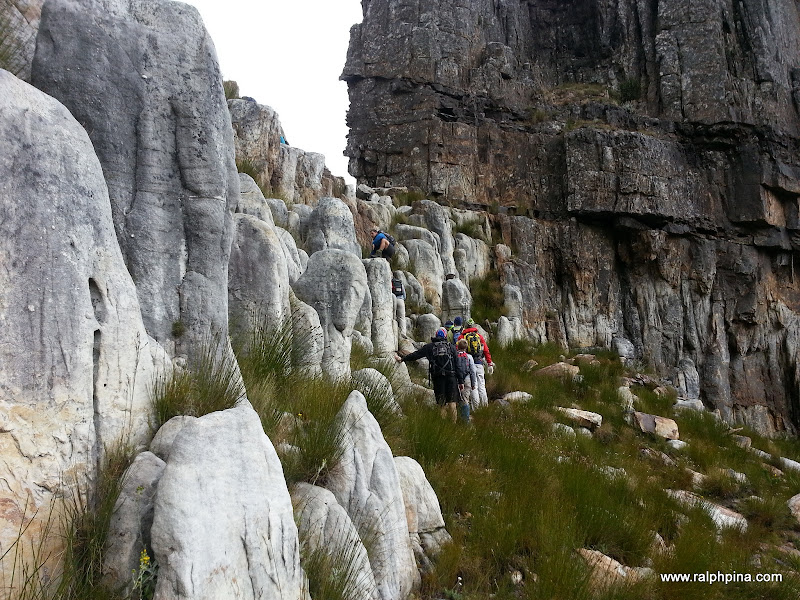 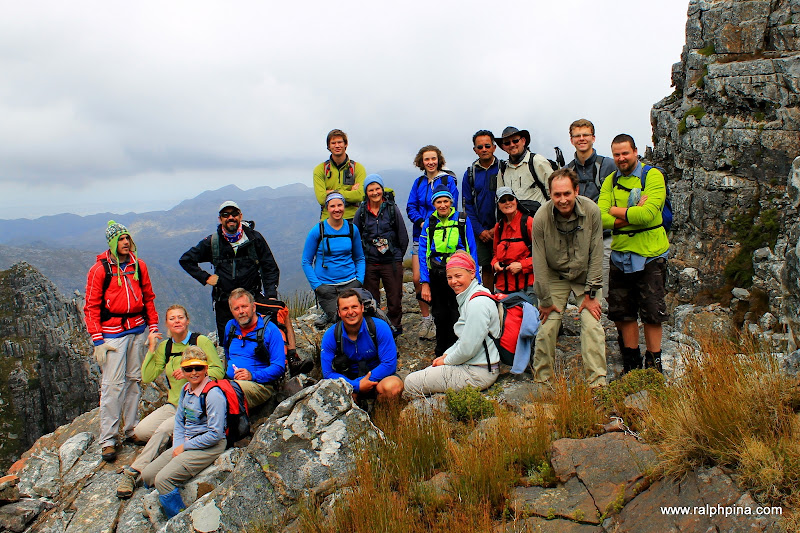 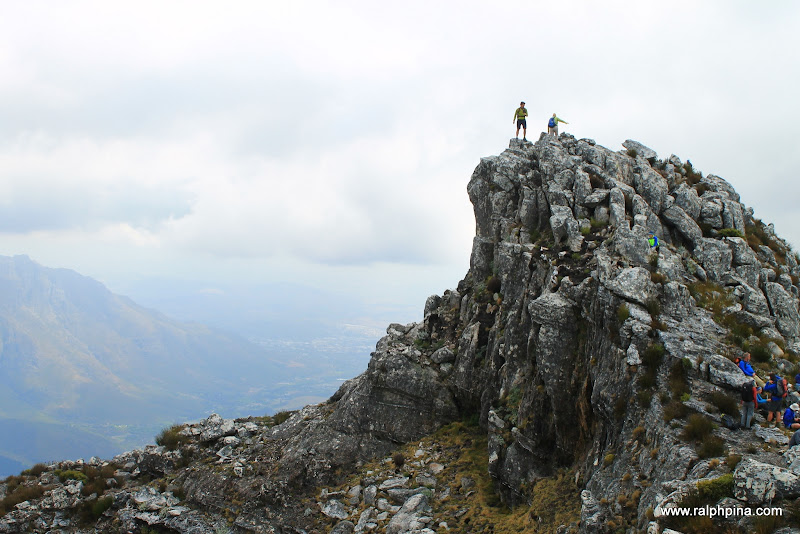