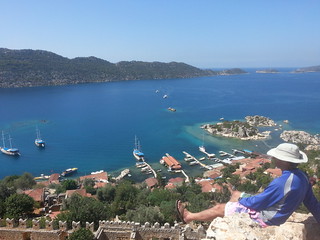 Unlike more accessible portions of Turkey’s Turquoise Coast, Lycia is relatively undeveloped. The ancient sites of Lycia are centred on the Teke Peninsula that is bracketed by the gulfs of Fethiye and Antalya. Historical records of the ancient state of Lukka date back to 1250 BC and ruins of these ancient civilisations are everywhere. Besides the popular gület cruises, the 500 km or so Lycian Way hiking trail winds its way along this most rugged of coasts.

Marion and I had decided to visit my brother, Marc, in his latest outpost, Istanbul. He and I had unilaterally resolved that a gület cruise was a good idea after a week sampling the delights of Istanbul. So there we were in Fethiye, having driven down via the ancient city of Ephesus, an experience in and of itself. Fethiye is a surprisingly large tourist town and we found ourselves in one of those package tour hotels that host British package tourists: bed, bar and pool. However, we were immensely impressed with the extent and richness of Turkey’s agriculture on the way down: Turks eat well and healthily and the produce is fresh and tasty. 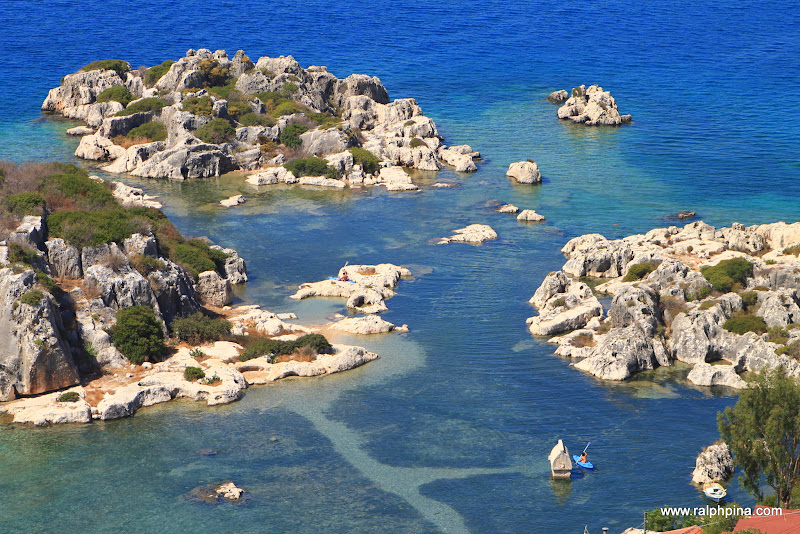 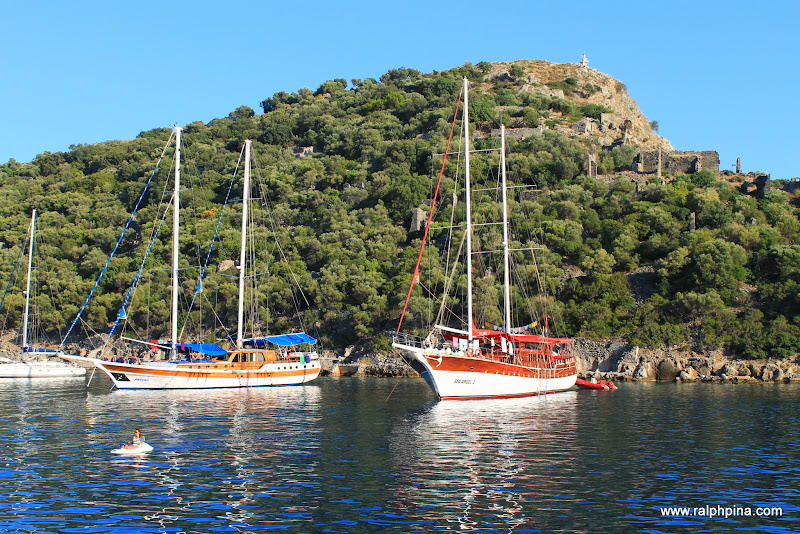 Upon boarding our gület, the Arkona, we discovered that amongst our shipmates there was another couple from Stellenbosch. As if this was not enough of a coincidence, they were contemporaries from our student days with acquaintances in common and the guy is the brother of two sisters that Marion and I knew back then. So Marion’s cruise rapidly morphed from the expected ordeal into carefree days on the foredeck mattresses, conversing in Afrikaans. The rest of the group was quite diverse: Americans, one a San Francisco taxi driver who had an opinion on everything, Colombians, Sri Lankans, a Turk based in LA, and Greek Australians. 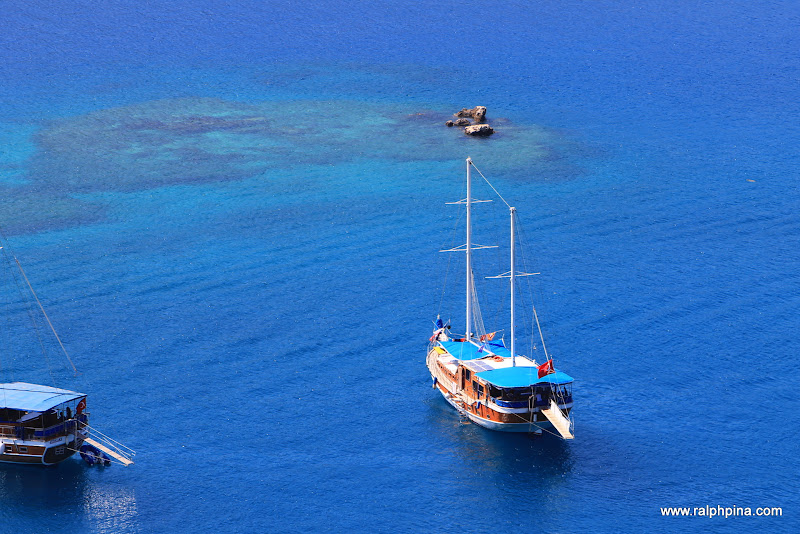 The gület appears to be a traditional, wooden schooner. Many of them are attractive, 2 or 3-masted vessels, but if you are expecting a sailing trip, like we were, you will be disappointed. Although they sport tall masts, rigging and cross-trees, most don’t even carry sails, but motor up and down the coast on their diesels. I guess this is a practical arrangement because the average gület is large and heavy, and the wind at this time is generally light, so that beating up or down the coast to a schedule would be rather difficult. Nevertheless, we felt slightly cheated.

If the 3D Google map does not render, download the kmz file and view in Google Earth.

From a scenic perspective, the Lycian coast with its volcanic “white” mountains, cliffs and turquoise waters is very beautiful. It reeks of history and places like the “sunken city” across the way from the old town of Simena tell of a time when the fleets of Rome, the ancient Greeks, Byzantium and Alexander the Great patrolled, traded and raided. However, what struck me was how devoid of sea life these waters are: very few fish, no sea birds and only errant sea grass-eating turtles. Snorkels and swims revealed desolate reefs. Is this normal or has it been fished out? I wondered where all the seafood restaurants obtained their fresh fish from.


A slideshow of photos taken in Turkey. The slideshow may not render on all devices. Go to the album.

Gemiler Island (“island of boats”) made an impression on me. It is a small island littered with the stone ruins of 5 churches dating from 300 to 500 AD, Christian tombs and a vaulted processional way. Apparently it was a waypoint for Christian pilgrims on their way to the Holy Land. But its real fame stems from the fact that the tomb of St Nicholas – or Santa Claus, a 4th century bishop who was born not far away – is located here. St Nicholas is also the patron saint of sailors (and travellers and children), hence the Turkish name for the “island of boats”?