Having “done the Witels” back in 2009, I had little intention of doing it again, but then she-who-shall-remain-nameless talked me into another MCSA mission from 25 to 30 December. Anyway, when Christmas Day dawned it had already transpired that she-who-shall-remain-nameless had had to withdraw due to sickness. I was committed, however, having agreed to ferry some fellow hikers from Stellenbosch, one of whom also withdrew at the last moment. At least I knew what lay ahead: a gruelling, relentless climb up Hagga’s Hill (Waaihoek) weighed down with a 5-day pack; fourteen potentially cold swims; intensive use of all four limbs and assorted muscles; heat and hot rocks that can “iron” your fingerprints flat; eels that like to take a nibble (there’s a rather pushy resident at the Leopard Camp pool); a hive of particularly aggressive bees; and the ever-present danger of a slip and fall. I mean, what else is one supposed to do in the days after Christmas?

So late on the 25th our merry band of mountain club members strained up and over Waaihoek by the light of our headlamps and later, a full moon. We spent a comfortable night in the UCT Mountain and Ski Club’s Hoare Hut before descending into the kloof the next day. Over the next five days the temperature would steadily climb to peak at 39ºC on the last day, but the water was pool-warm and crystal-clear throughout. In fact Paul Verhoeven, who was leading the mission for the twenty-something-th time, declared that it was the warmest water he had ever experienced in the Witels.

Witels is wilderness and the upper sections of the kloof are pristine. You can drink the water as you swim. As with all such adventures, true appreciation comes with a little suffering. And no Witels kloofing trip is complete without a solid fall. My turn came late on day 4 when I slipped while boulder hopping and split my shin down to the bone. It’s amazing what duct tape and two buffs can do to staunch bleeding.

Actually, it was fun, but challenging too. Be young or be fit and get your head ready. The only part I didn’t enjoy – again – was the hike out of the canyon. Sometimes you have to crawl and the pack snags on low-hanging branches. You stumble through tangled alien willows and wattles and the detritus – organic and inorganic – of fishermen and others who enter from the Michell’s Pass side. In fact, the area around Junction Pool at the confluence of the Dwars and Witels rivers, is in a shocking condition and Ceres Municipality really needs to step in, clean up and control, not to mention clear alien infestations.

As always the ‘burger and ice-cold beer at the restaurant near the White Bridge, now named the Winterberg Inn, did not disappoint. That vision sustained me through the last, hot hours.

We overnighted at Hoare Hut, Disa Camp, Shelter Camp, Stony Camp and Leopard Camp. I was a little disappointed again not to get to sleep at the Alder Ring. The following photos are of this trip as well as the 2009 one. 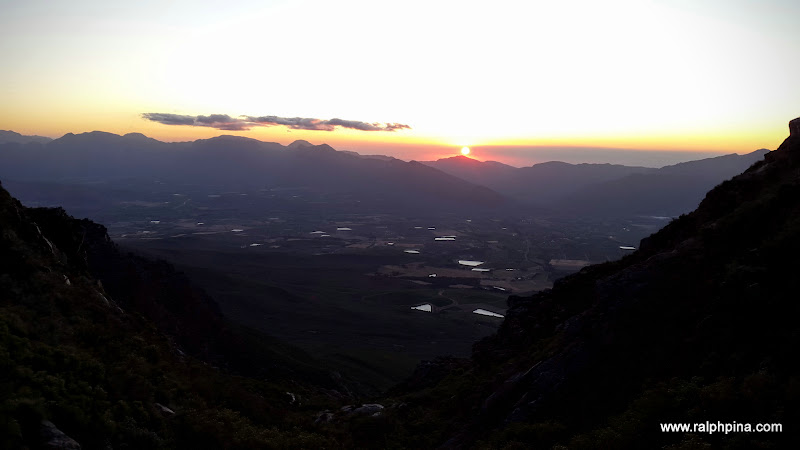 Dusk over the Breede River Valley 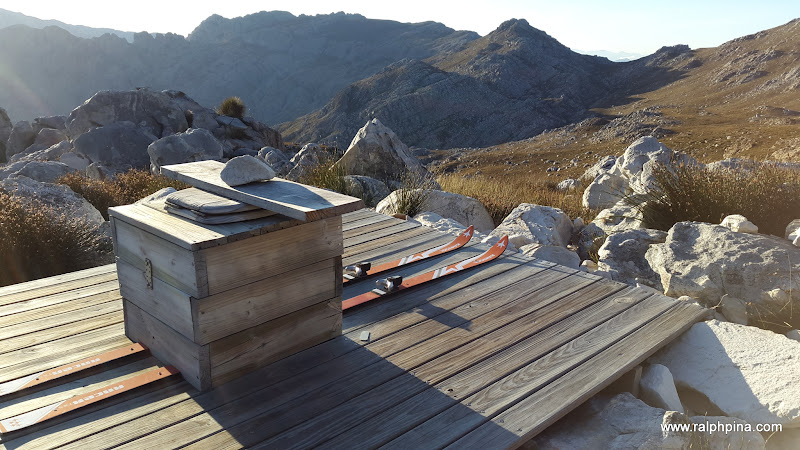 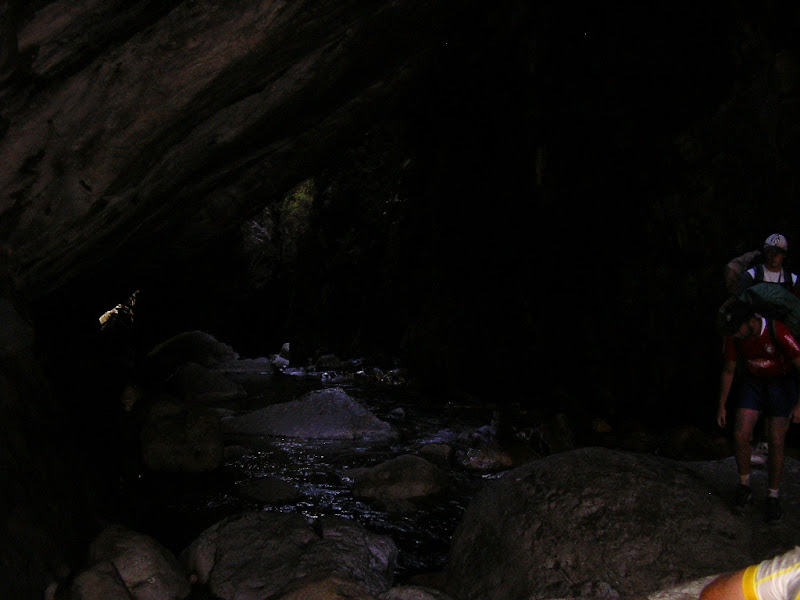 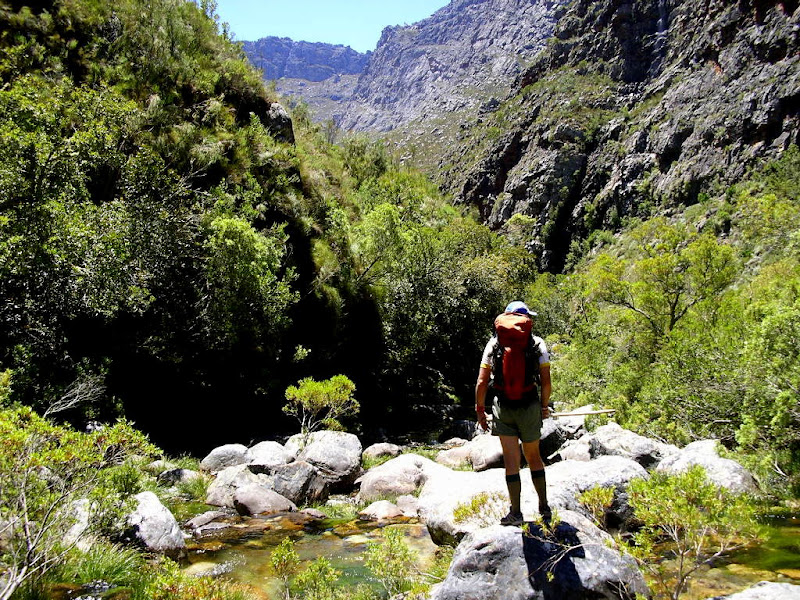 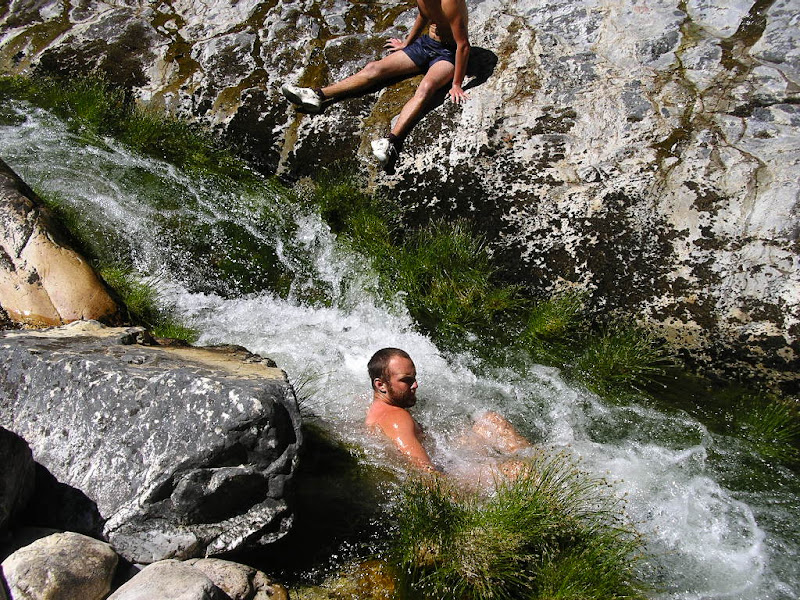 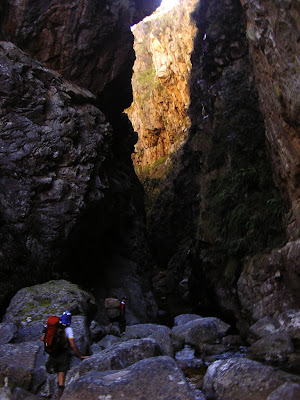 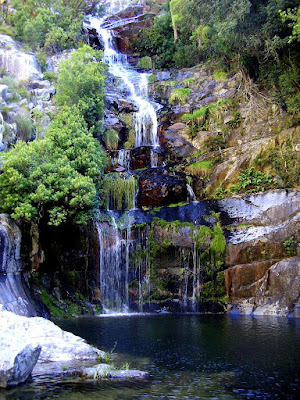 The above slideshow may not render on all devices. Go to the Witels album.