6-day mountain bike tour through the Baviaanskloof, across the back of the Kouga Mountains, across the Langkloof, down Prince Alfred’s Pass to Wittedrif

This time we decided to plan a more compact private tour, which still included the incredible Baviaanskloof but followed an old Thomas Bain-built pass to the coast. Previous tours had been the 400 km trial from Baviaanskloof to Montagu, a repeat of that route in 2014 that skipped the Sanbona section but still averaged 80 km per day, and a selected passes tour last year which featured Swartberg, Rooiberg, Seweweekspoort and Bosluiskloof passes with shorter daily distances. 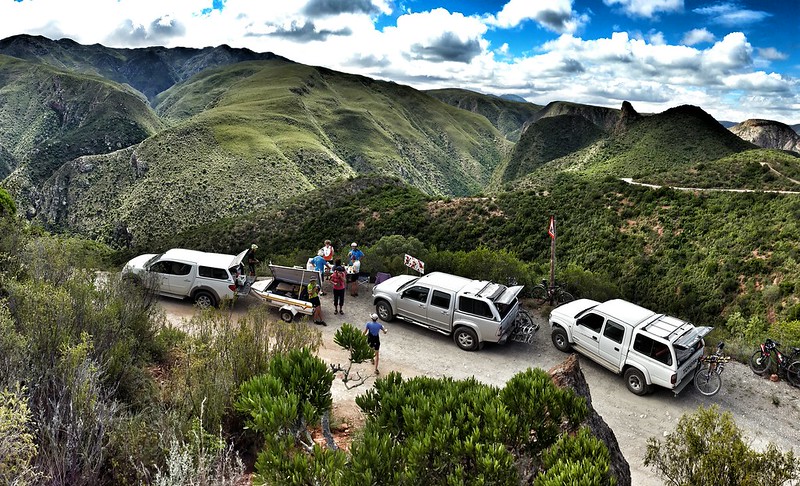 The itinerary was as follows:

The top of that nasty climb. Outeniqua Mountains in the distance.

The daily distance averaged about 40 km and made for plenty of photo and tea stops – in other words TOURING (this tour was planned by hikers and not mountain bikers). Once more we were blessed with sunny, warm weather, although the fast descent to De Vlugt was characterised by light rain, muddy eyes and a slick road. As we cruised into Santie’s folks’ home at Wittedrif to enjoy the long-promised lemon meringue, it started to pelt down, effectively ending our planned 2-night camp at Nature’s Valley before it had begun.

The tour group comprised 8 riders and 3 drivers of the 3 backup vehicles. As we refine this cycle tour concept each one is different to, if not better than, the last. This one was simply brilliant. 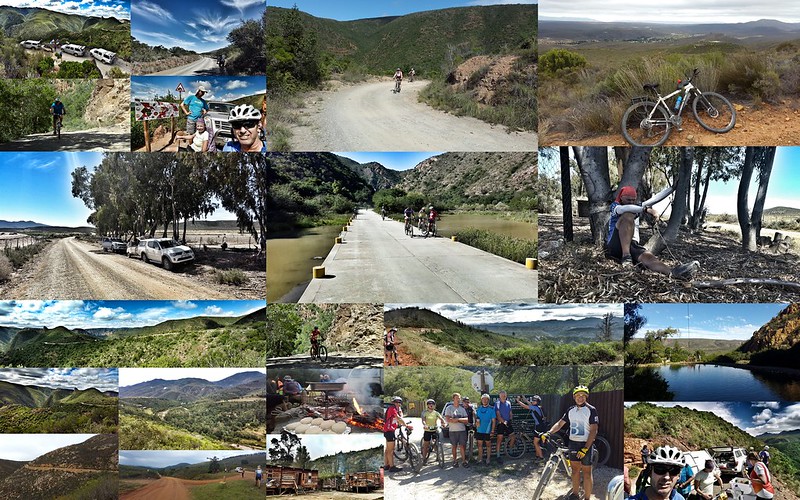 Click on the collage above for the shared tour photo album 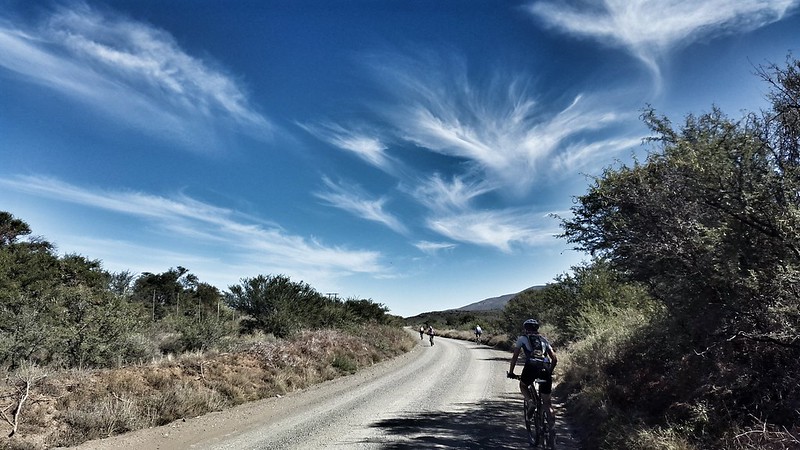 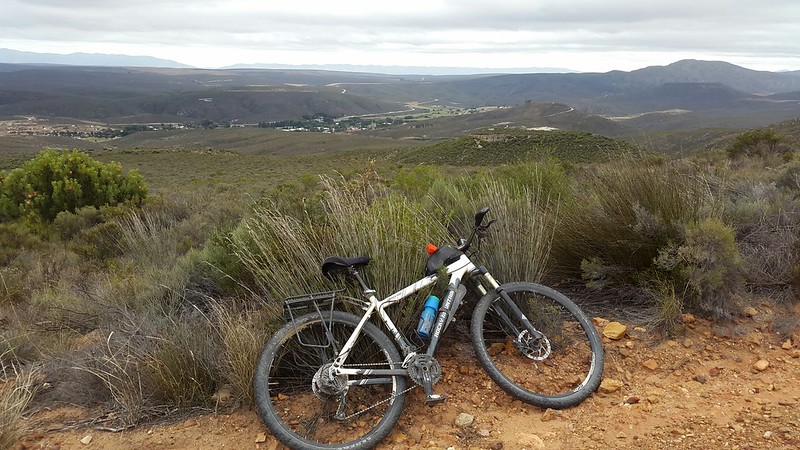 On the Ou Wapad looking down on Uniondale.

Honourable mention should be made of Zandile Meneses, of the Karoo2Coast MTB event, and especially Jimmy Zondagh, a farmer at Uniondale, who kindly helped us to use the Ou Wapad between Uniondale and Avontuur. Jimmy arranged for the unlocking of the gates on the morning of our crossing. 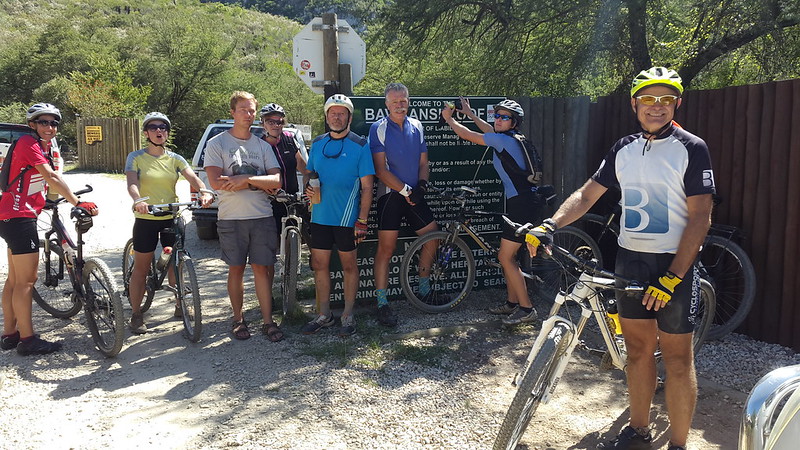