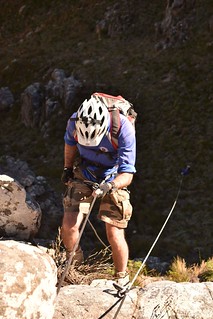 Paul Verhoeven arranged this exclusive adventure for a small group of mountain club members. It involved climbing the Peaks (¨Pieke¨), some of the highest summits in the Jonkershoek area and then 9 abseils down Tierkloof, the cleft that angles down south of the westernmost peak. I was a little nervous the night before and slept fitfully, which is unusual. Discomfort with precipitous heights probably has something to do with it. Some nerves are good though; it gives a little ¨edge¨ and makes one sharp and aware.

The abseils were fun though and with only three of us (Peter Jan Randewijk was the third member) the descent was relatively quick. Tierkloof is not as extreme as Volstruiskloof, but there are some 50 m cliffs to negotiate. It is as spectacular however. 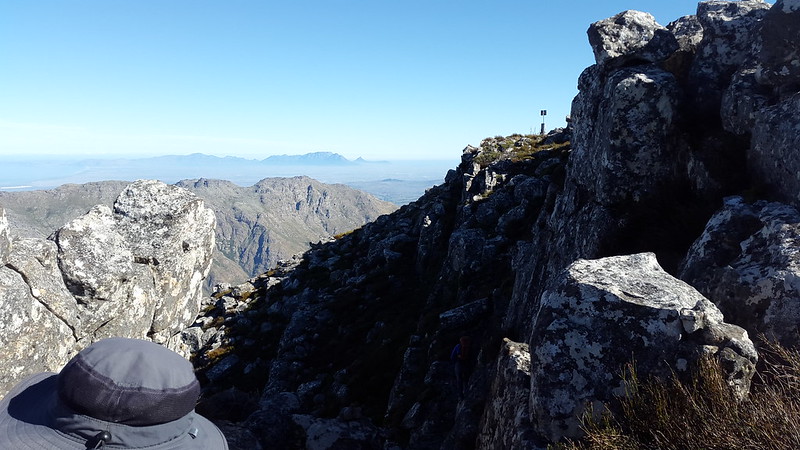 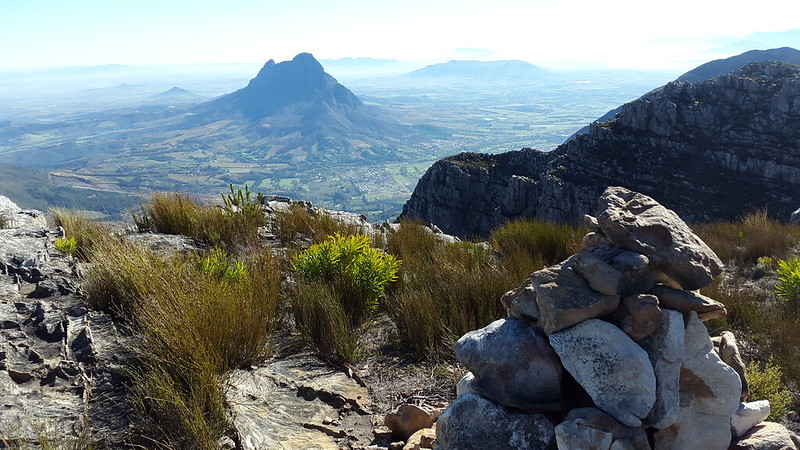 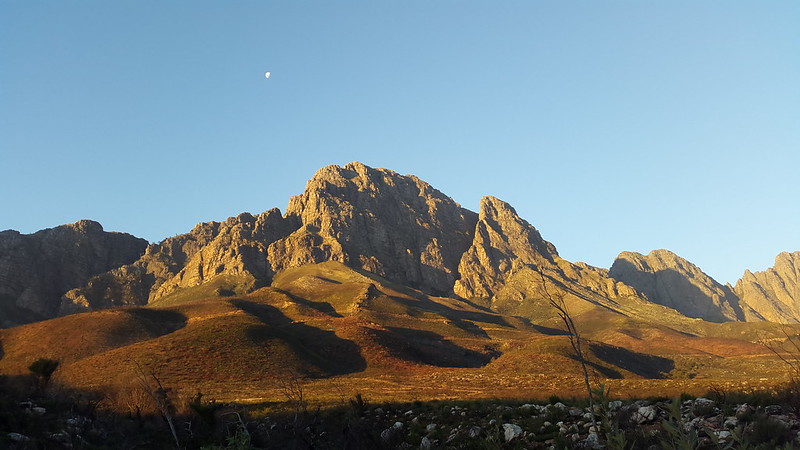 Tierkloof is the diagonal cleft to the right of the Peaks