The unmistakable Hangklip (hanging rock) peak is in the Hangklip Core Conservation Area, one of many such areas in the Kogelberg Biosphere Reserve. It is a nature gem wedged between the growing and ugly sprawl of Pringle Bay and Betty’s Bay residential areas. The views from the peak are spectacular: north along Kogelberg’s sheer coast, across False Bay to the blue spine of the Cape Peninsula and south over the heavily indented coastline that stretches east of Cape Hangklip. On this day the coast north of Hangklip was blanketed by a thick fog bank with only the area around the peak and the cape being clear and sunny.

Hangklip, as a feature, is recognisable from every vantage point on the Cape Peninsula’s east coast and from most of its mountain ridges, some 35 kms distant across False Bay.

The climb to Hangklip peak has a high-visual-return-on-energy-invested, only involving a 450 m ascent. The round-trip is only about 7 km in length, so it’s a relatively easy hike. 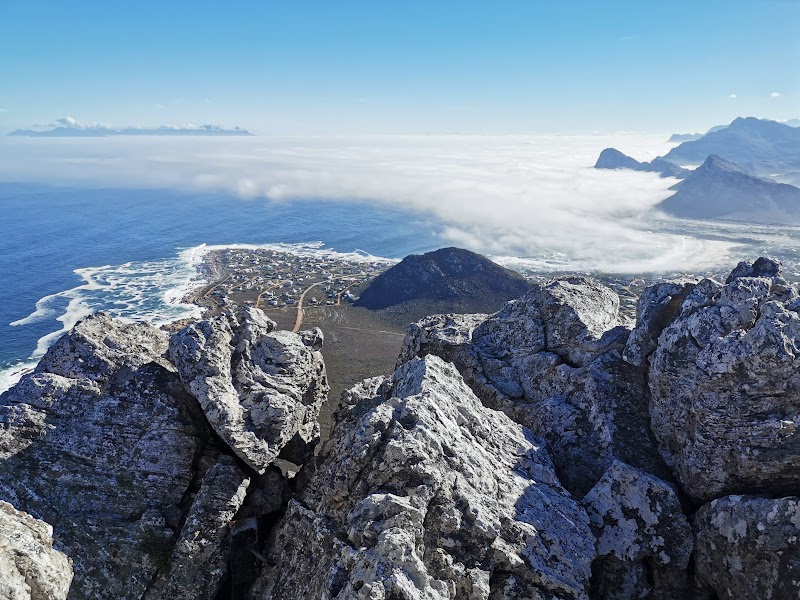 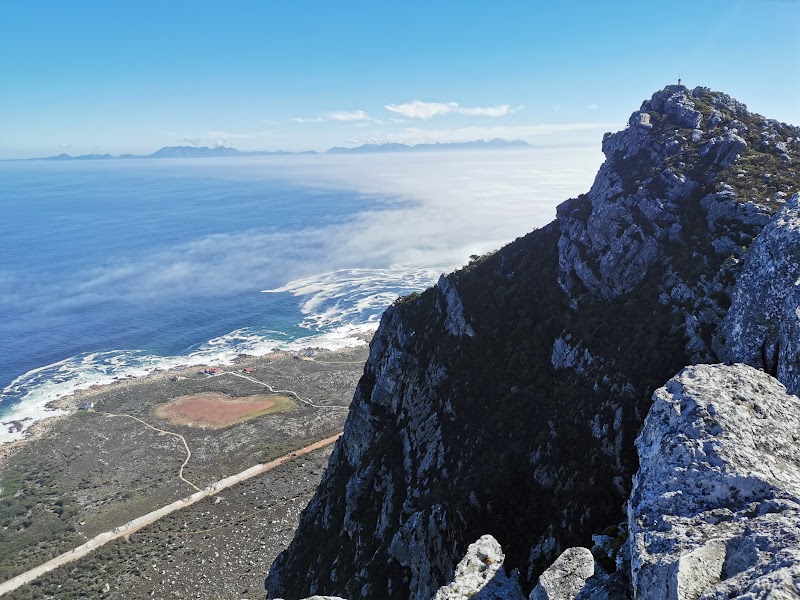 Although I hike, cycle and paddle this coast a lot, I do not recall ever ascending this peak, although on a military, forced march in 1980 we did trudge this way, but for the life of me, I cannot remember the route. It was the fourth day of a 5-day vasbyt vyf trial, so I was probably simply focusing on finishing the march. 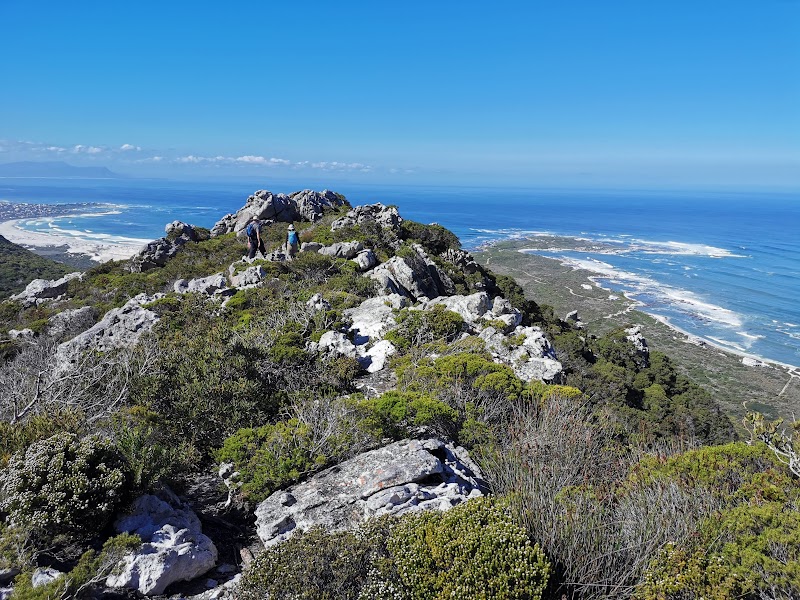 Hangklip last burned in 2002 according to Advanced Fire Information System. Consequently the fynbos is thick and perhaps a little woody. There is evidence of efforts to clear rooikrantz on its southern edge, but on the adjacent private nature reserve to the east, the invader is spreading apace. 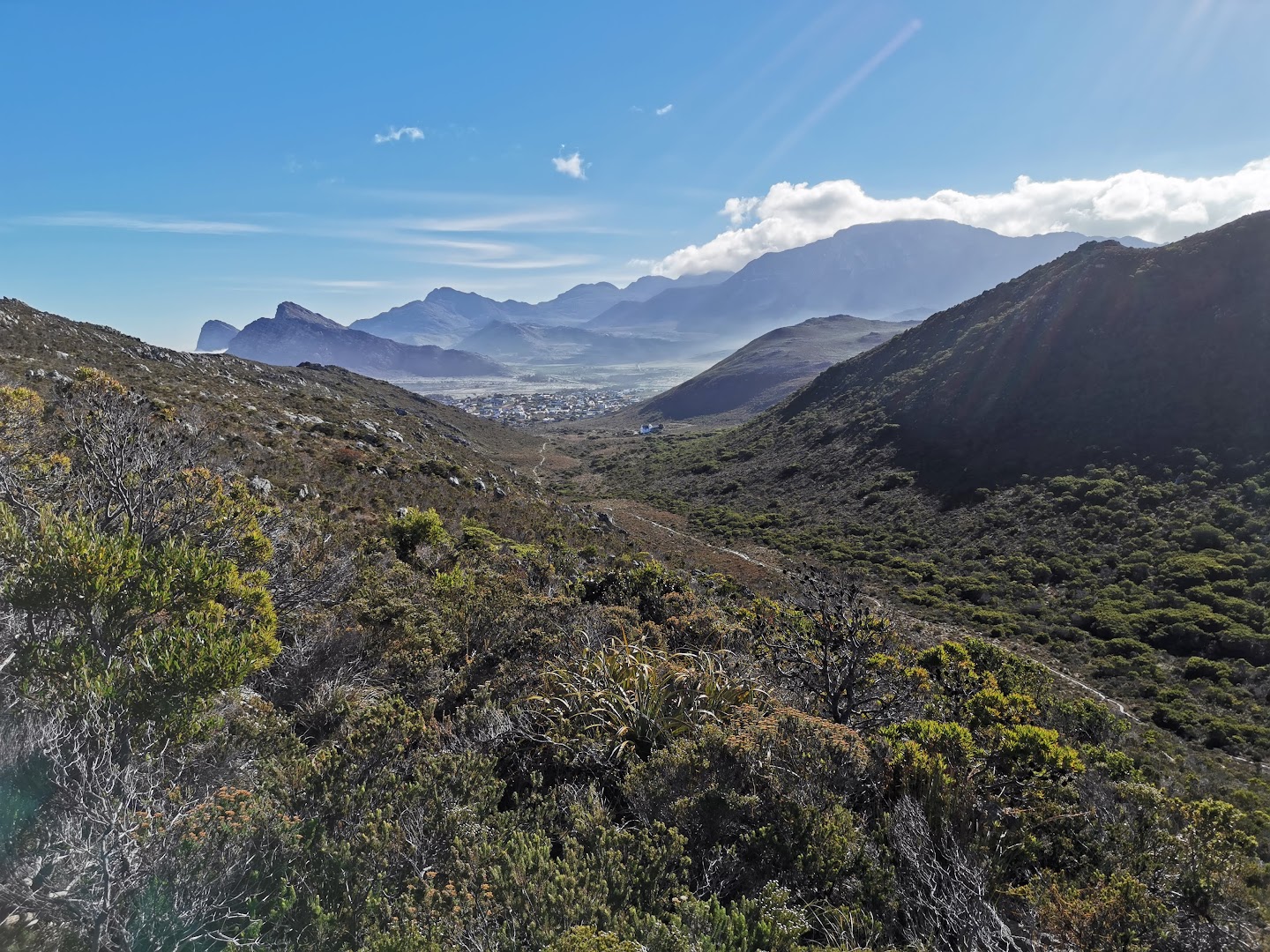 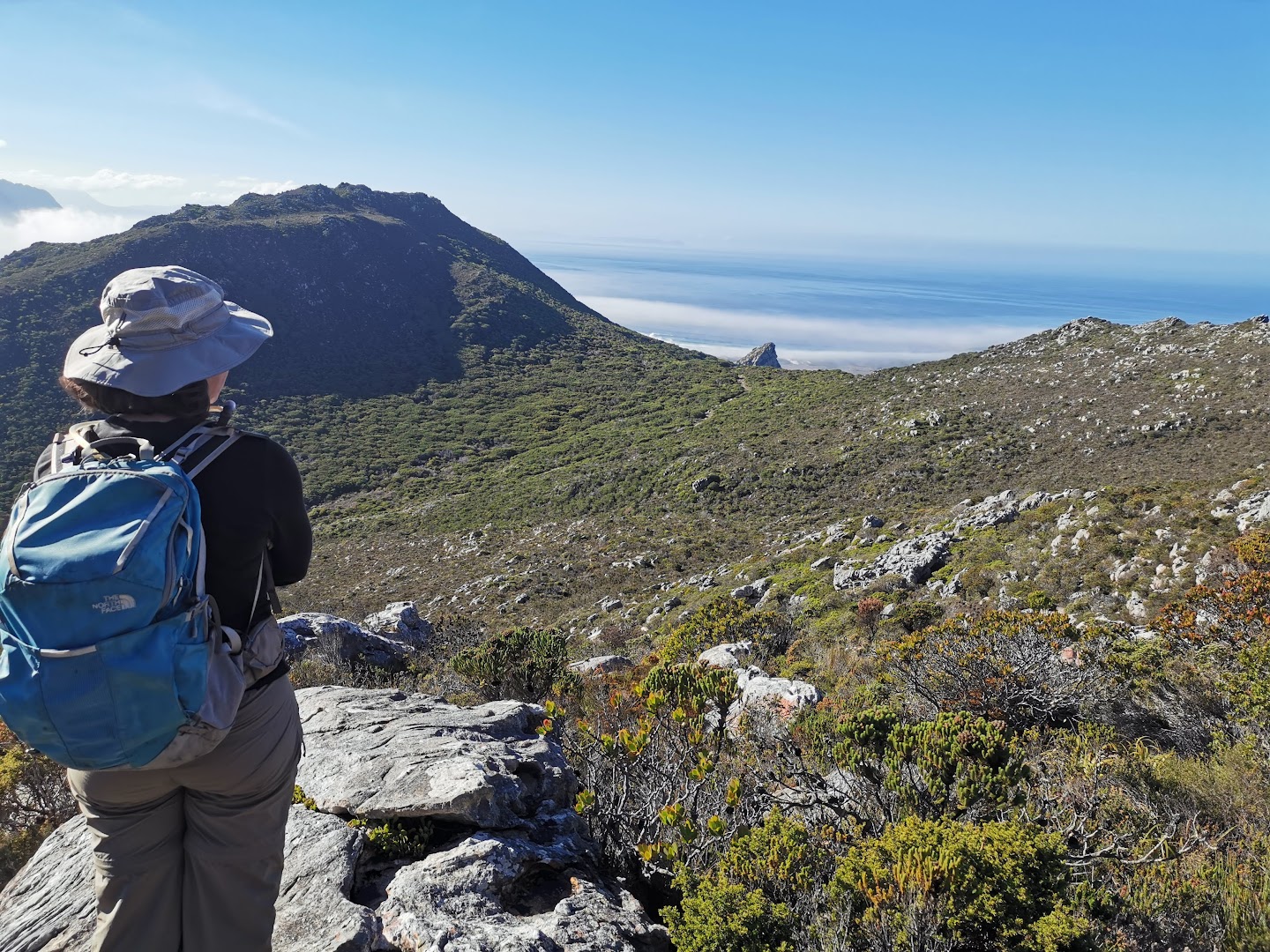 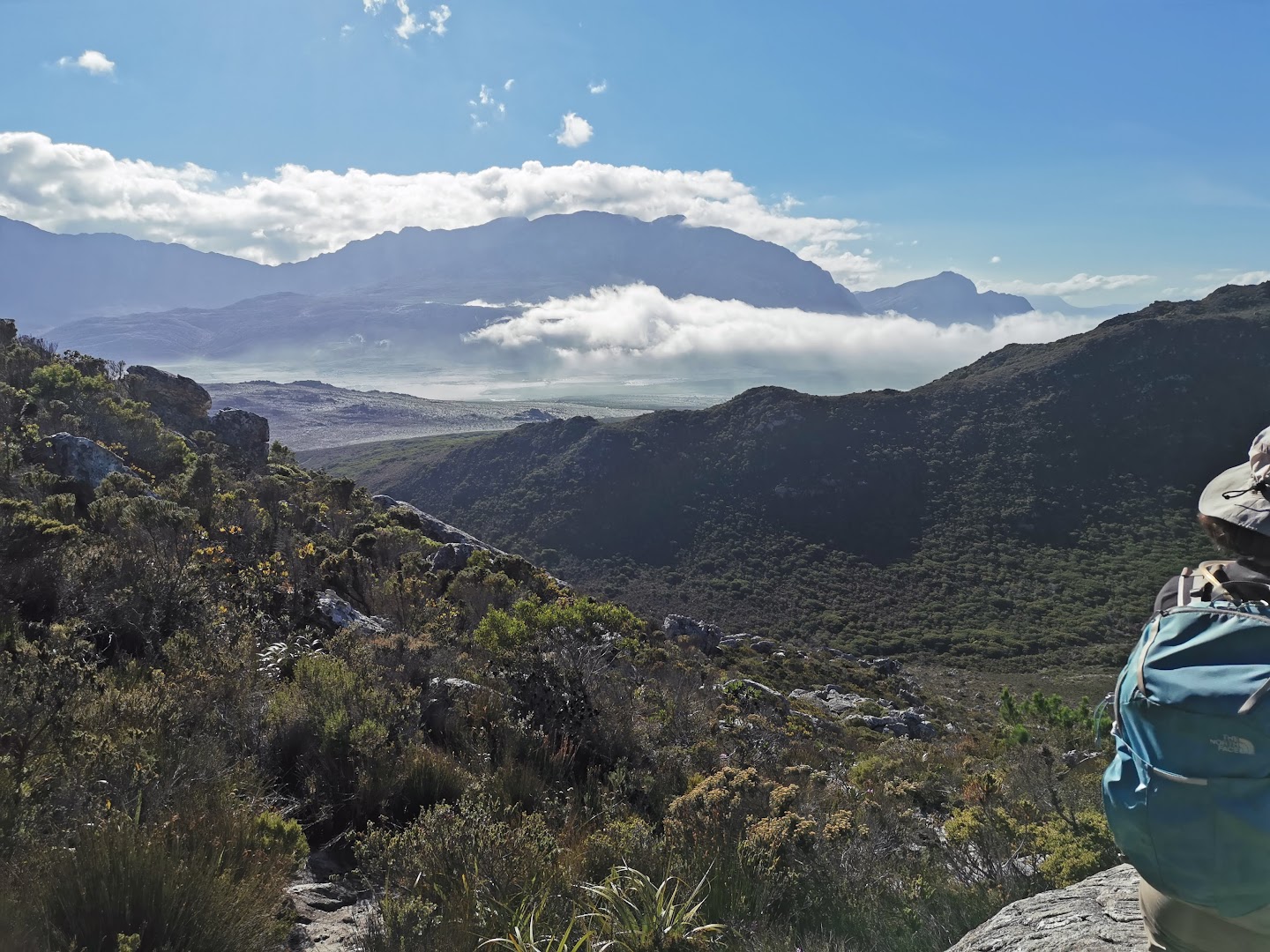 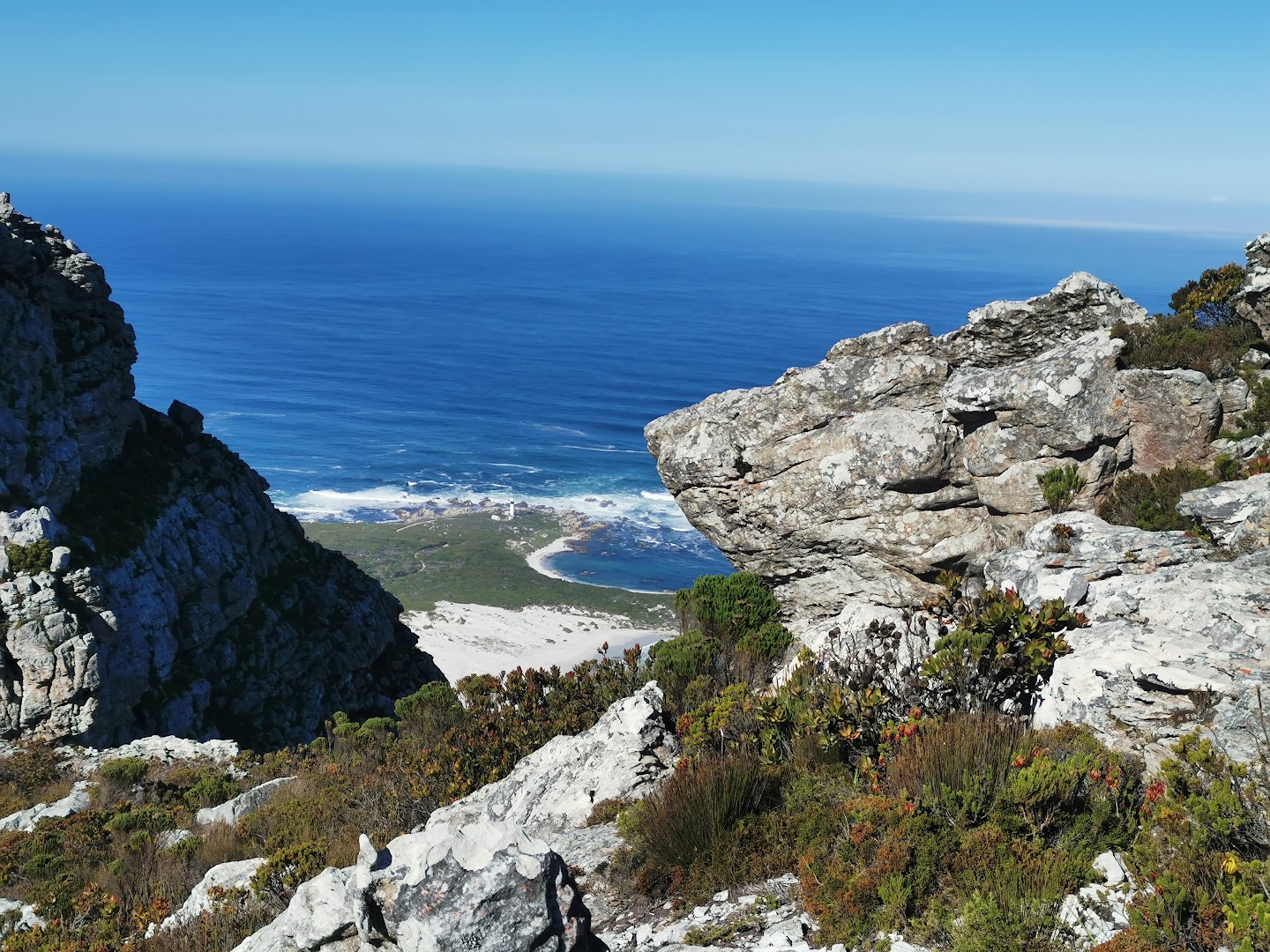 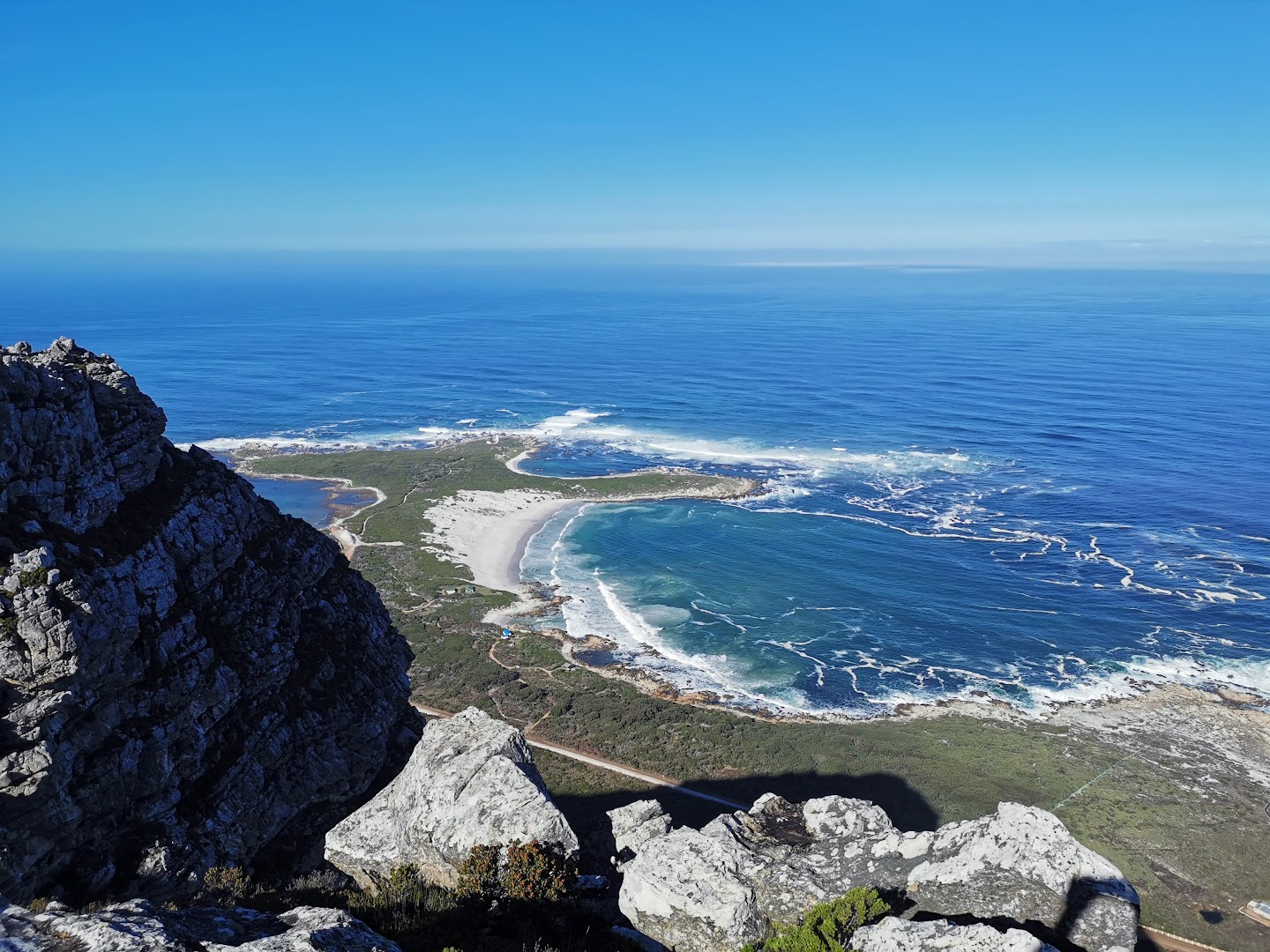 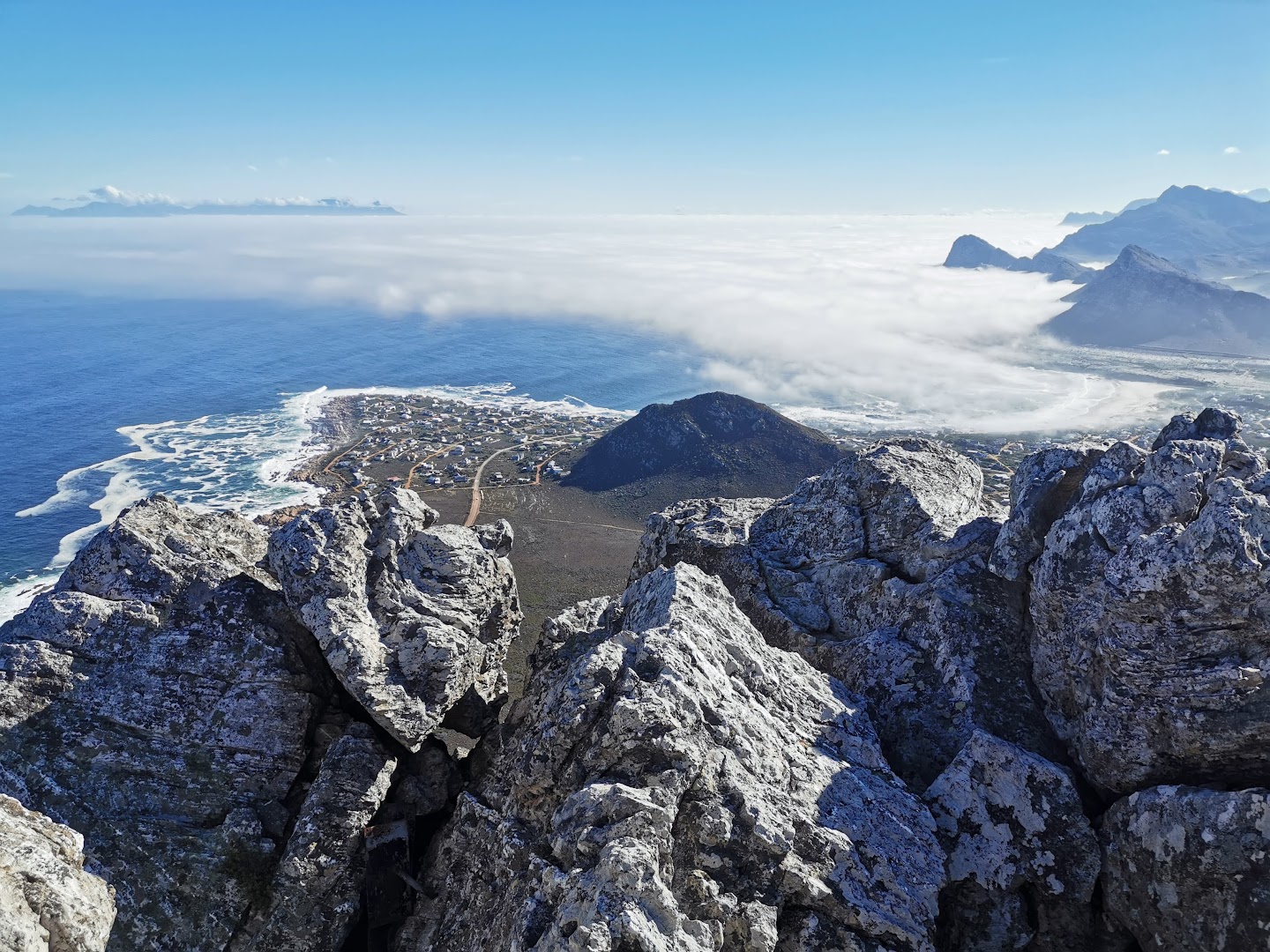 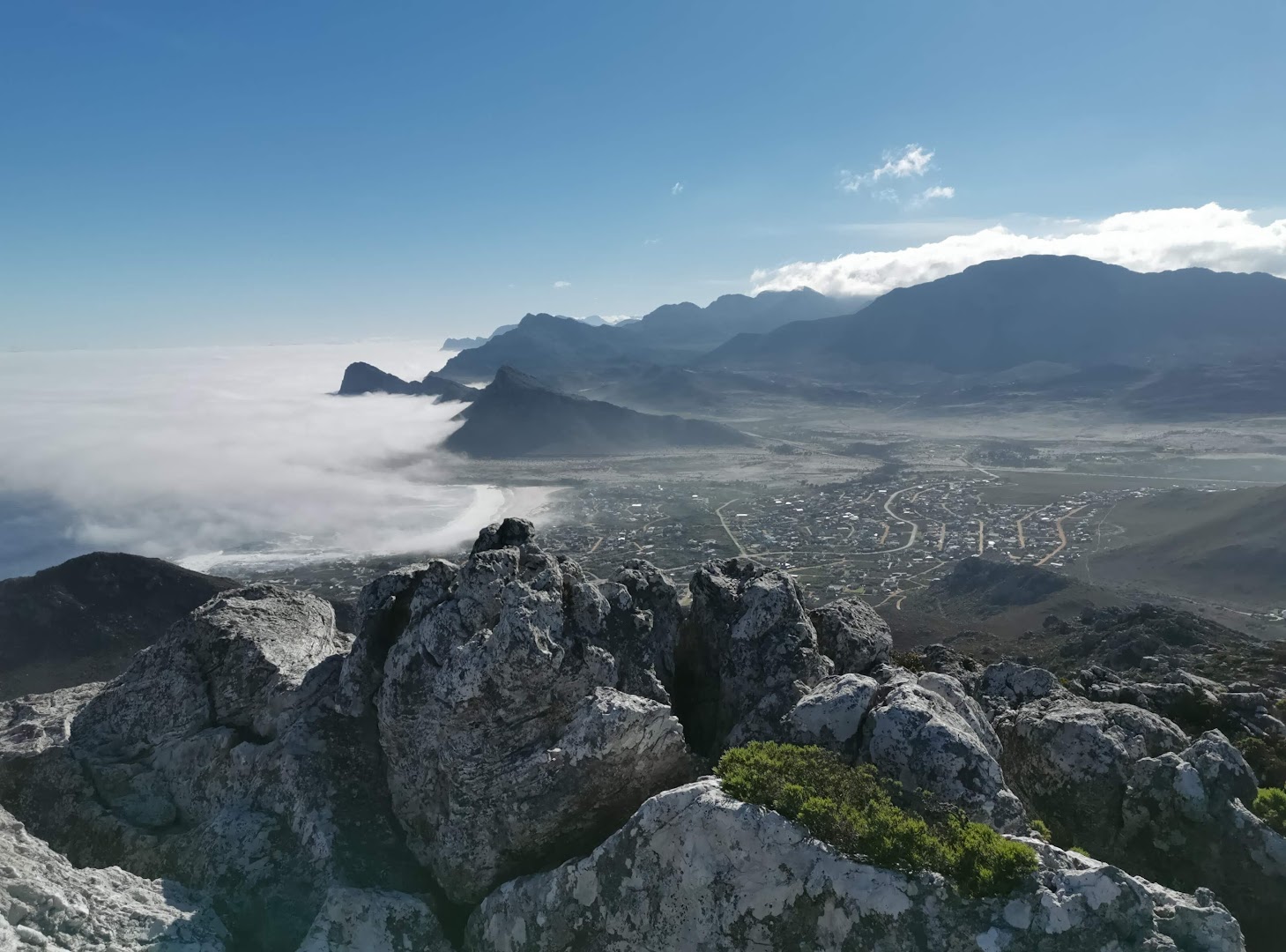 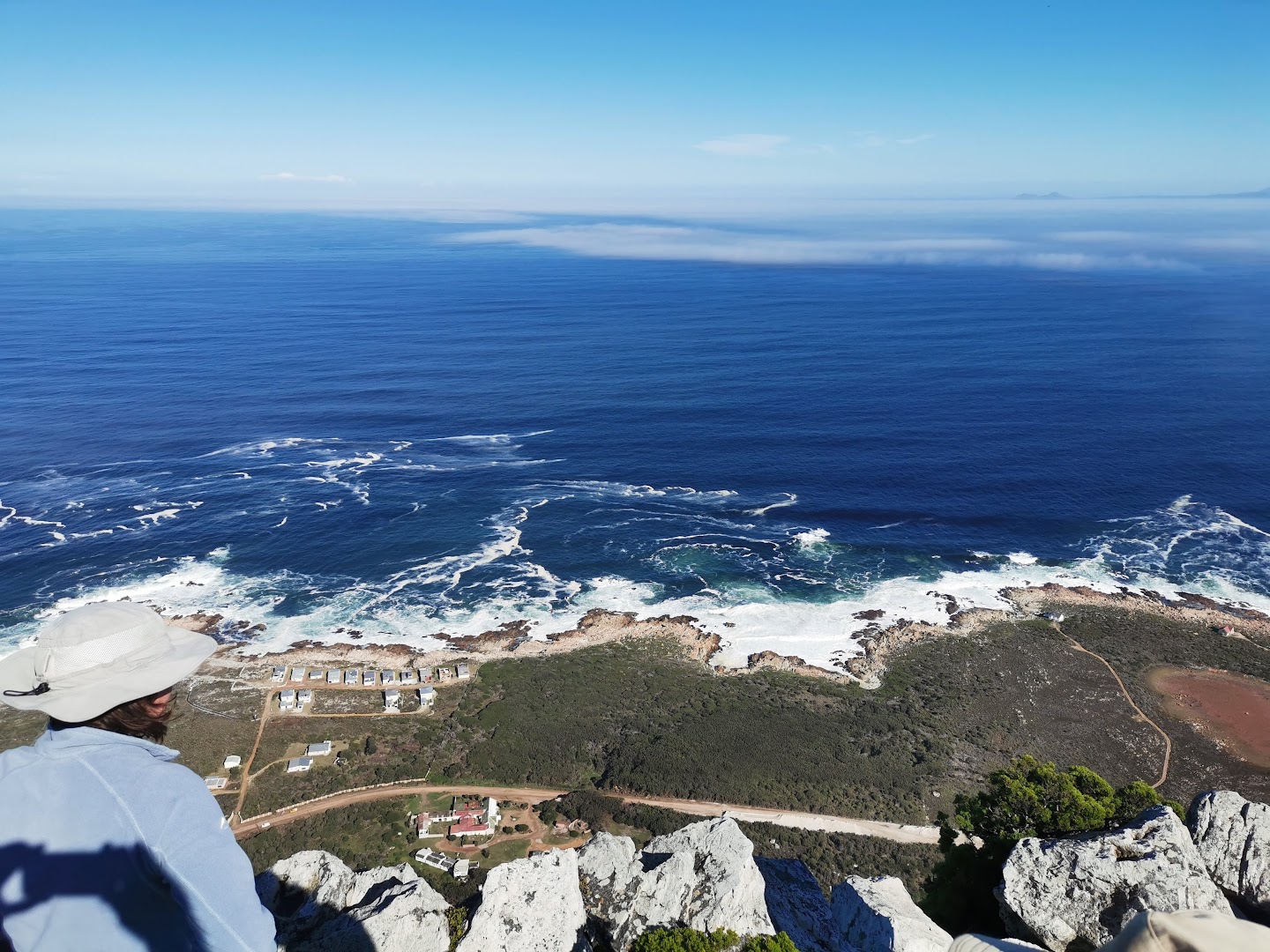 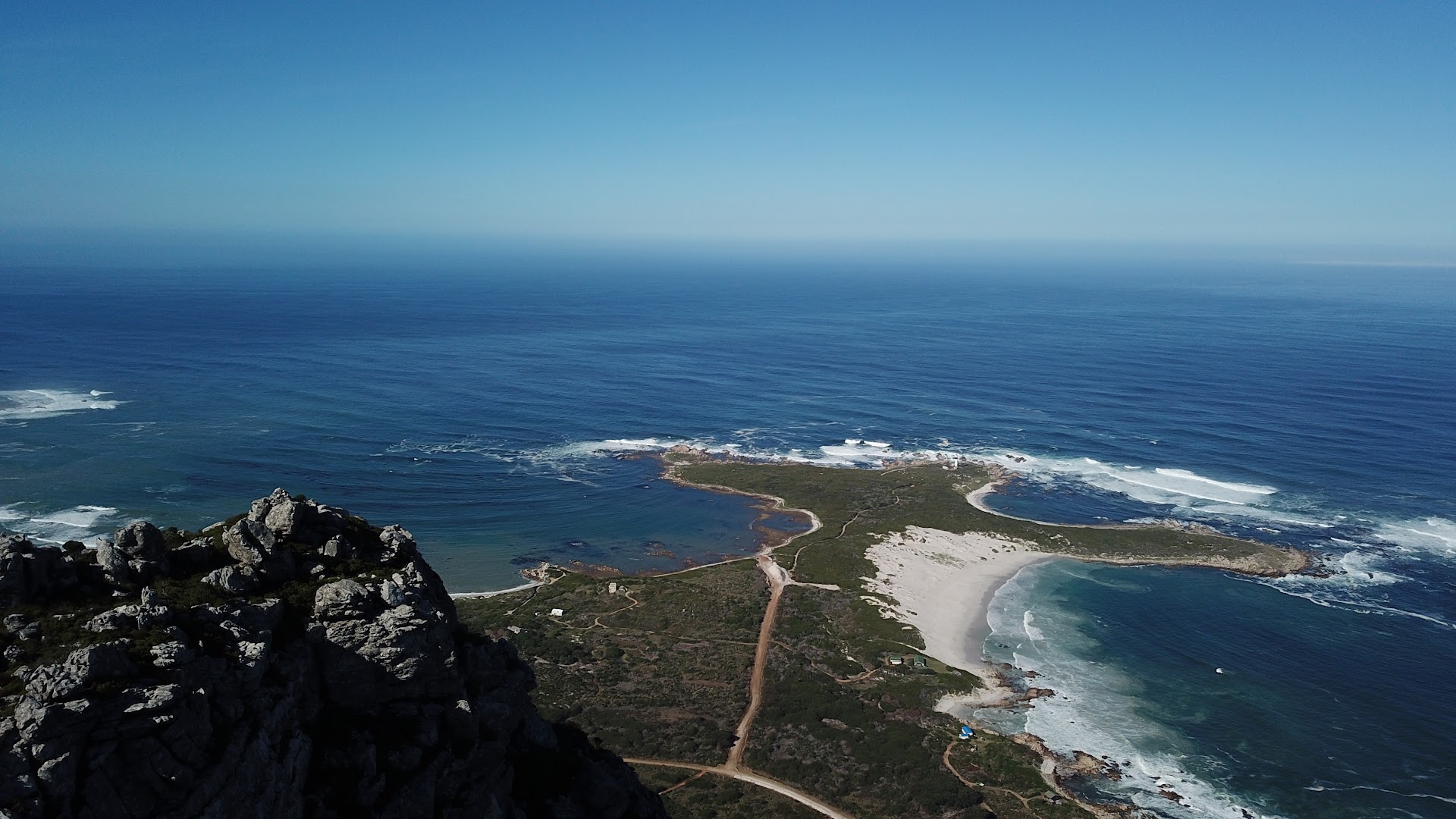 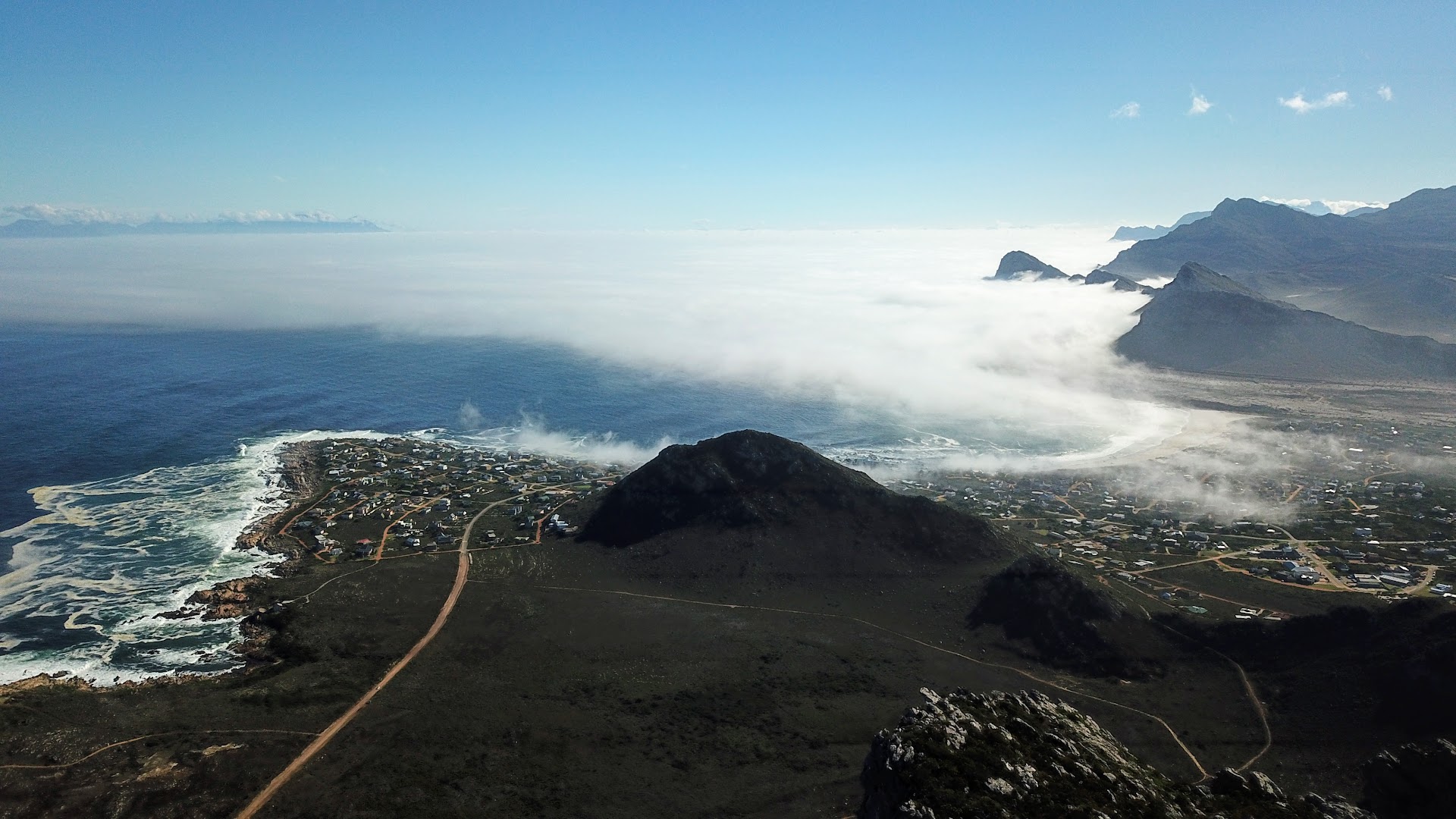 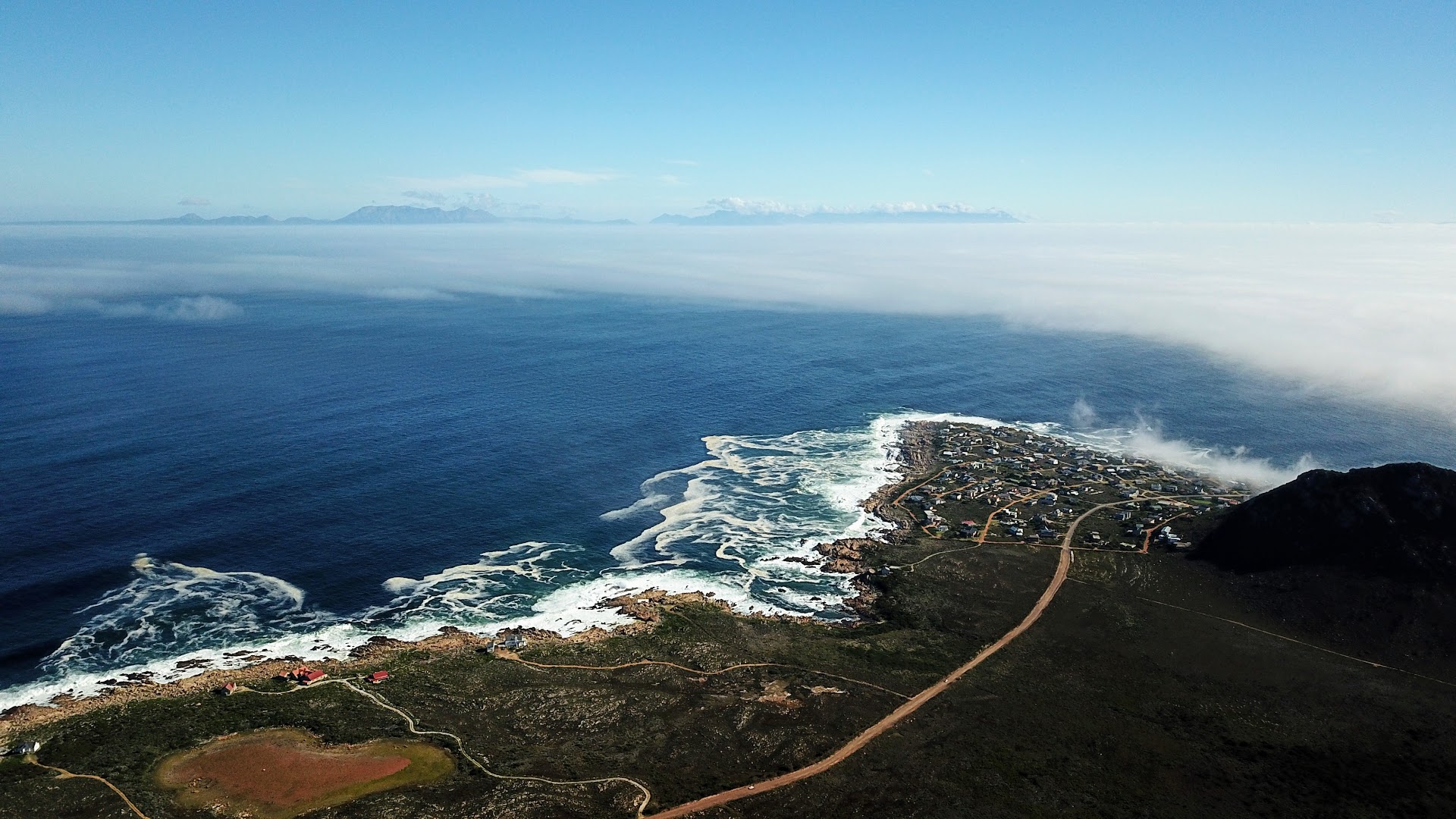 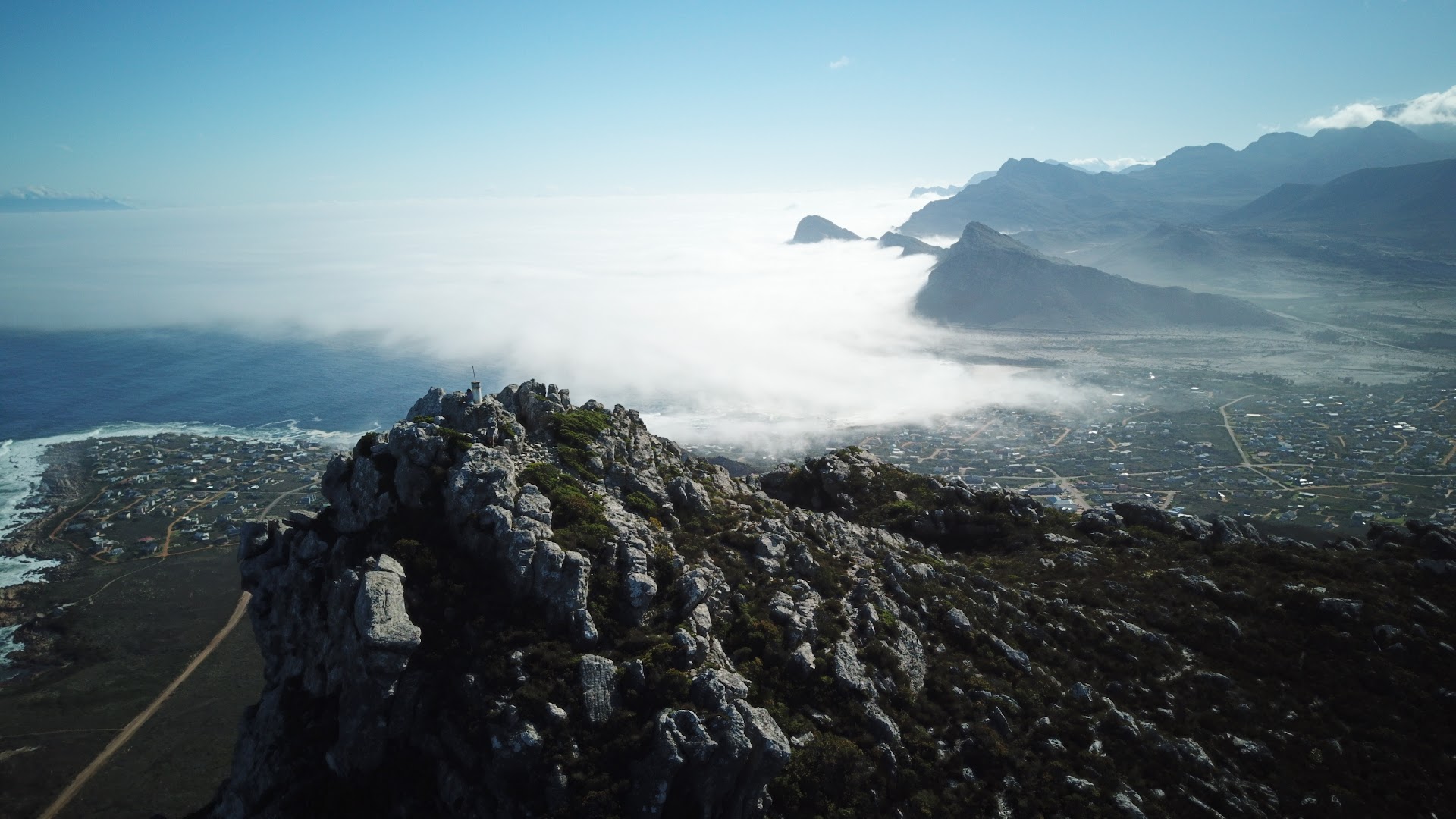 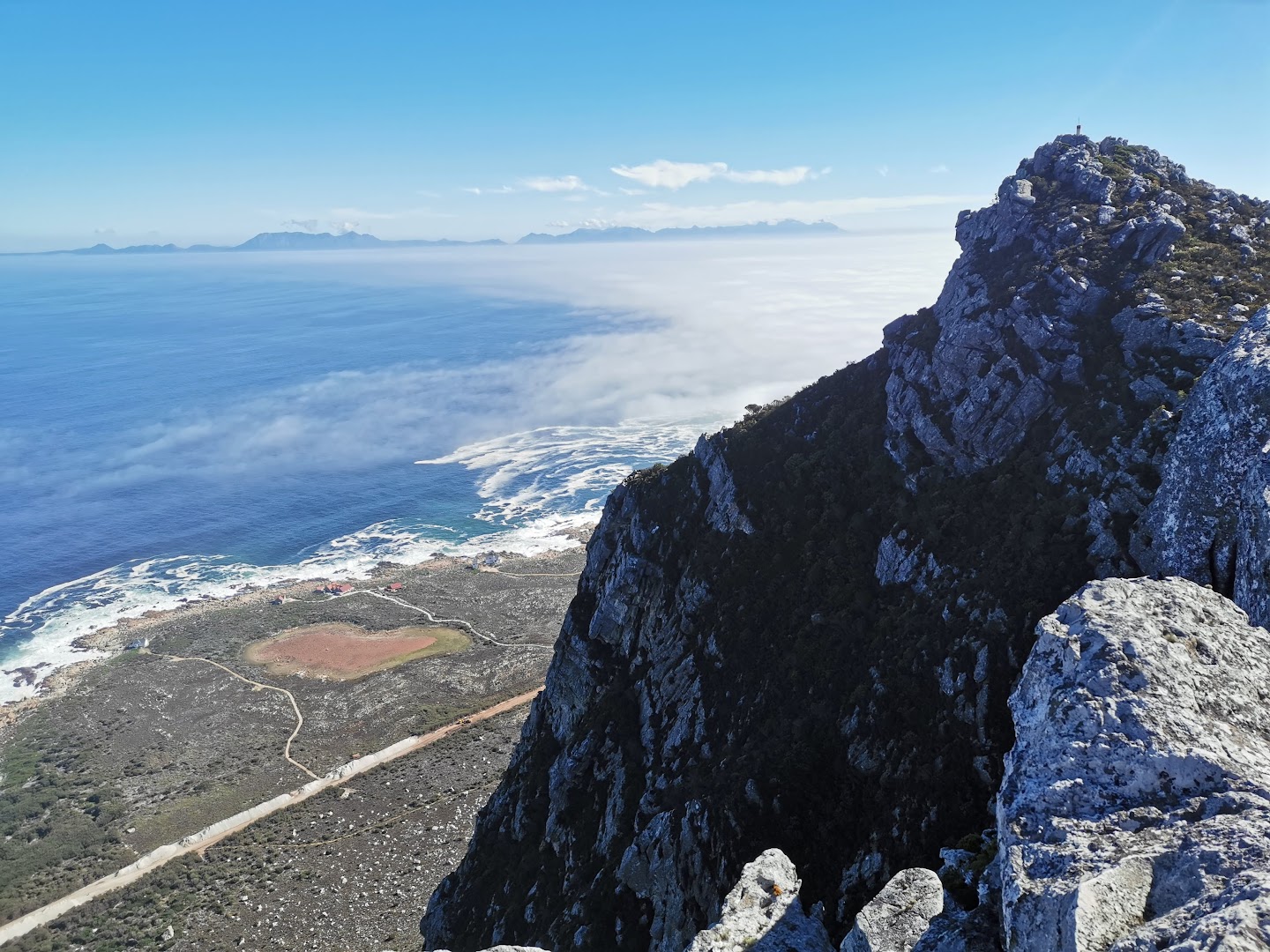 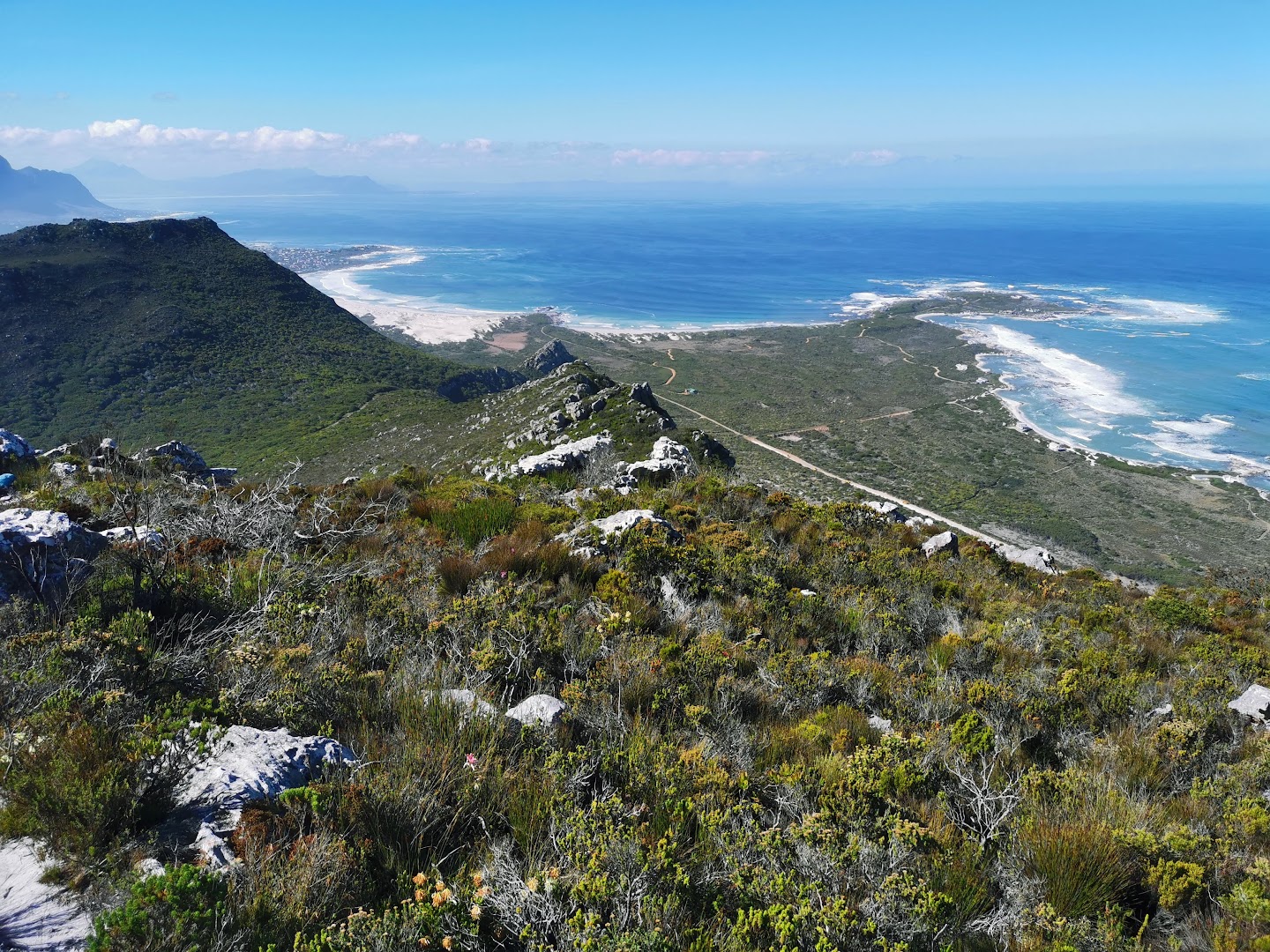 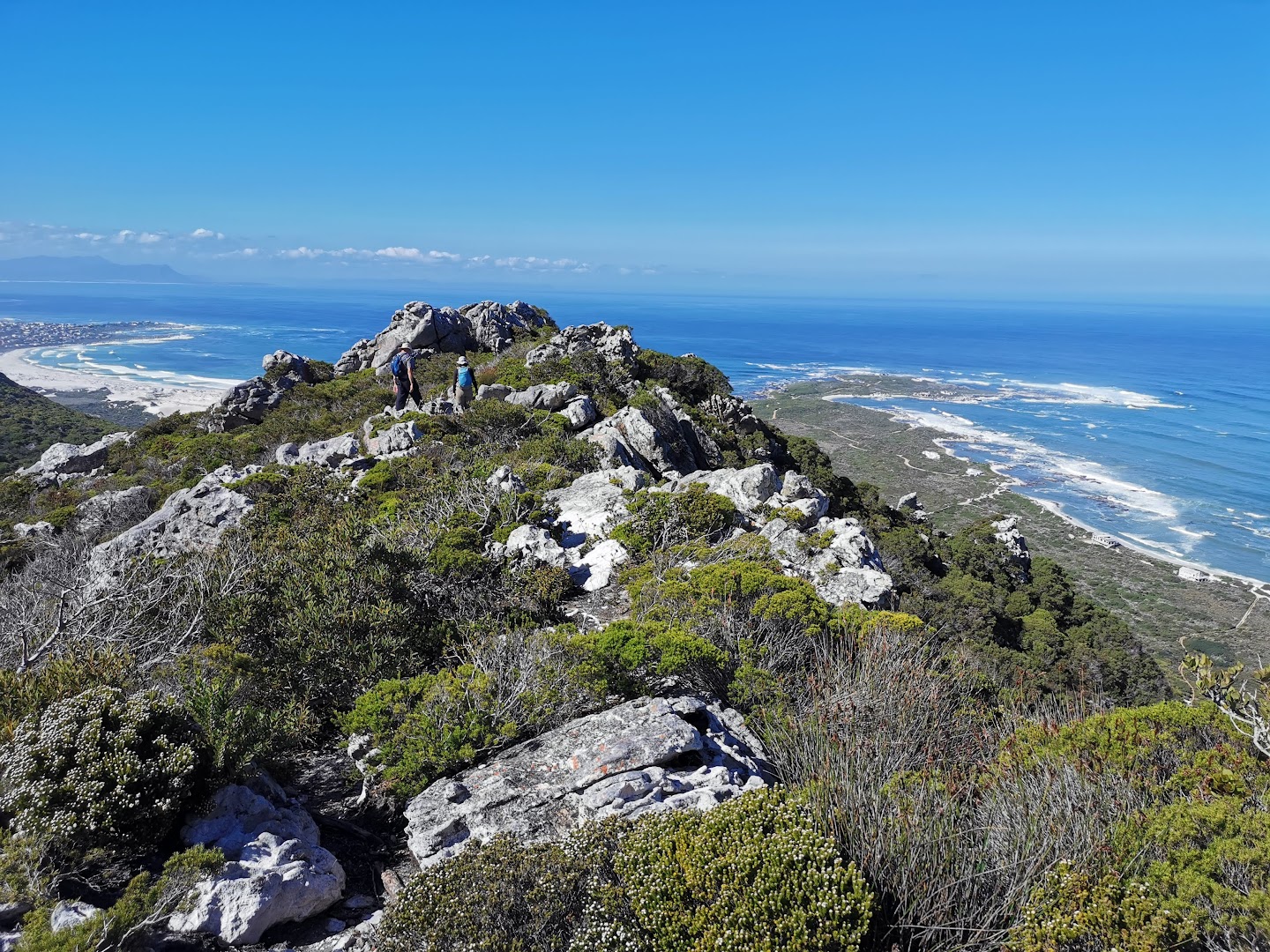