A weekend at Zoo Ridge The name “Zoo Ridge” has always struck me as a bit of marketing hyperbole. It is a name given to an area between the Swartruggens and Skurweberg mountains in the south-eastern Cederberg. But when you get to wander through its mazes and arches and wonder at the fantastical shapes and gargoyles carved out of the red sandstone over millennia, you quickly realise that the name is quite apt. Suspend your adult mind and adopt a child’s gaze and a menagerie of animals reveals itself in the sandstone, the diversity only limited by your imagination.

The area is also an “art gallery” of rock paintings apparently dating from the last few thousand years of human occupation, although humans are believed to have lived here for about 120 000 years. The informative Rooi Cederberg Karoo Park website discusses and illustrates the four traditions of rock art found here. It seems that every rocky overhang and wall, of which there are many, presented a canvas to these ancients.
And then there are the impossible arches, and the caves, especially a remarkable edifice known as “Verdiepingsgrot” (loosely translated as Multi-storey Cave), and the evocatively named “Somerpaleis” (Summer Palace), a reference to the cool relief the sprawling vault would provide during the searing summers. “Katedraal Grot” (Cathedral Cave) is entered via a grand passage that would grace any great European basilica. In fact, the towering shapes and caves probably evoke Gaudi’s Sagrada Familia most often – except that this place’s architect was far more talented than Gaudi. 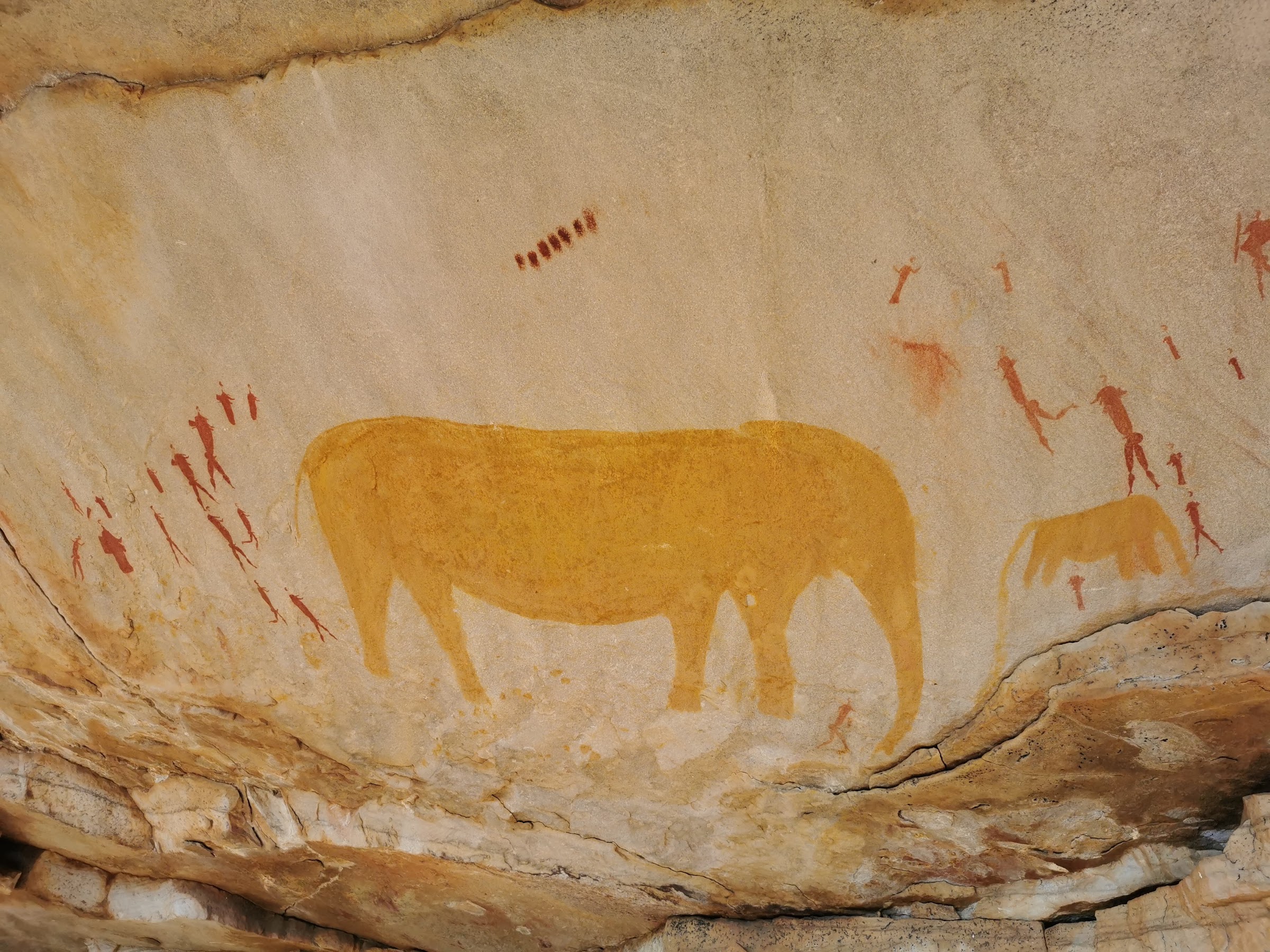 East of Zoo Ridge the Riet River cuts a deep canyon through the rockscape and eventually drains, via the Grootrivier, into the Doring River that flows north through the Tankwa. It is a canyon that few have explored and most do not know exists.I have been told by members of an NGO that catalogues ancient rock art, that there are many such sites below the canyon rim. It begs to be explored. 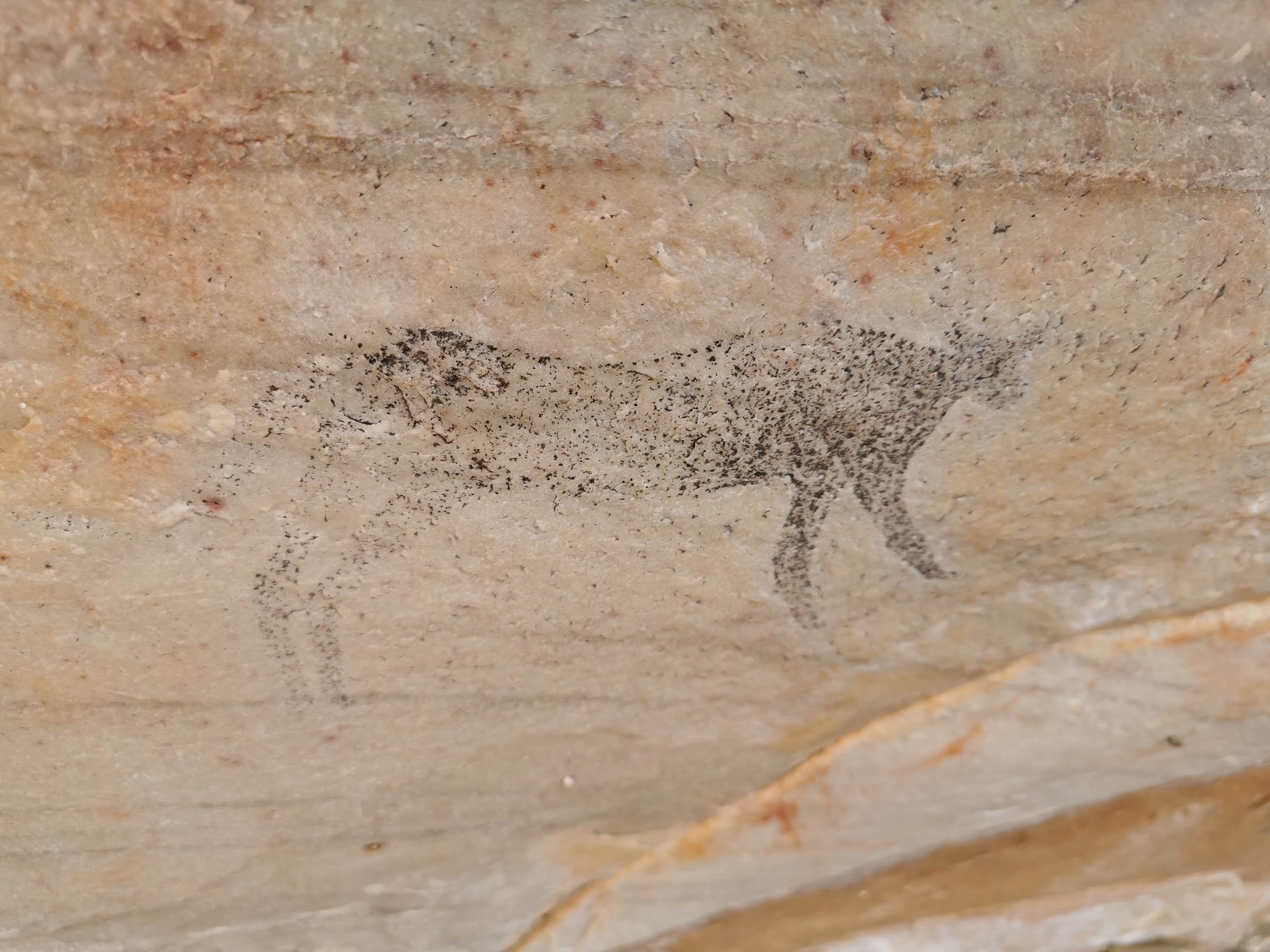 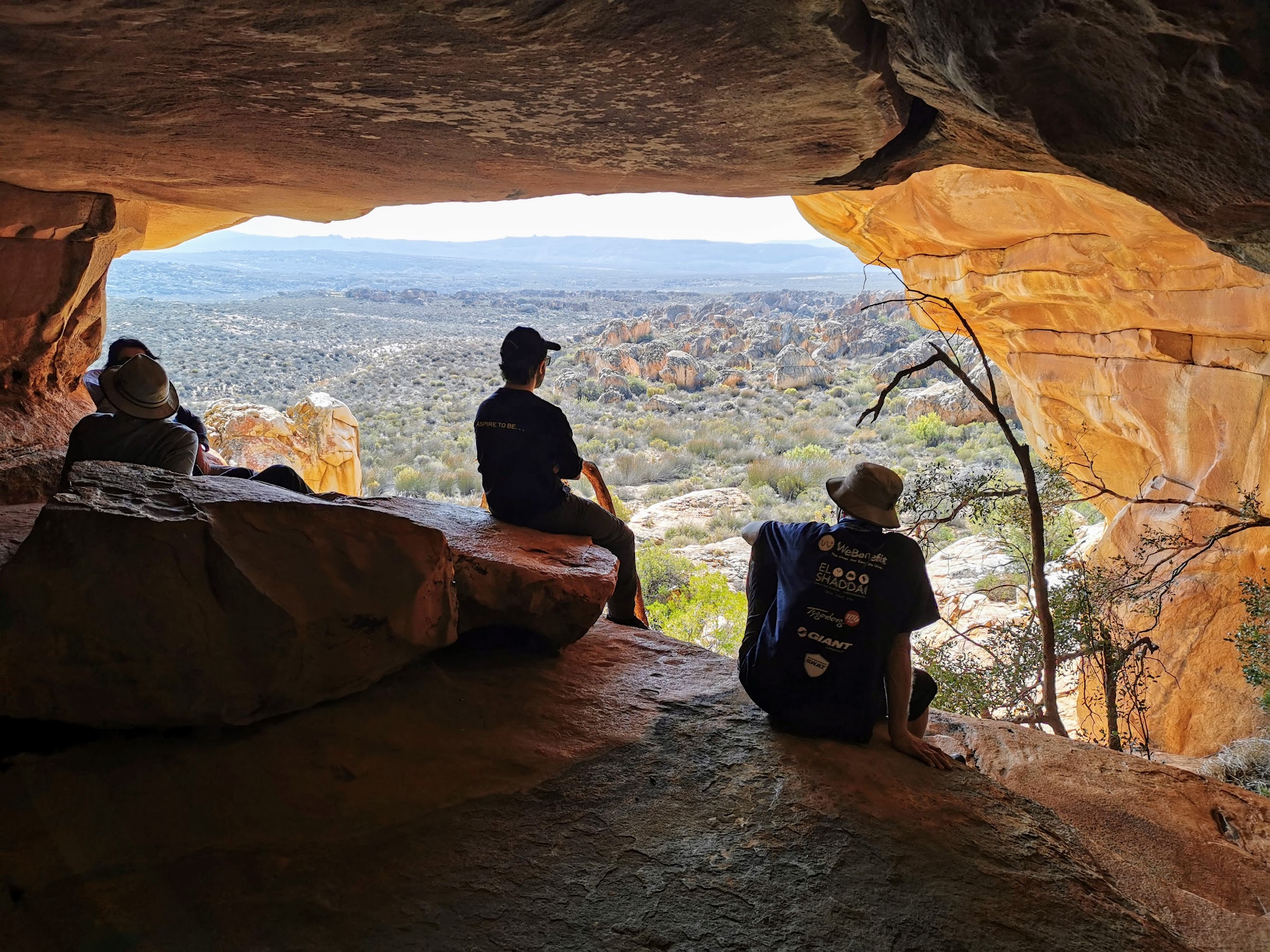 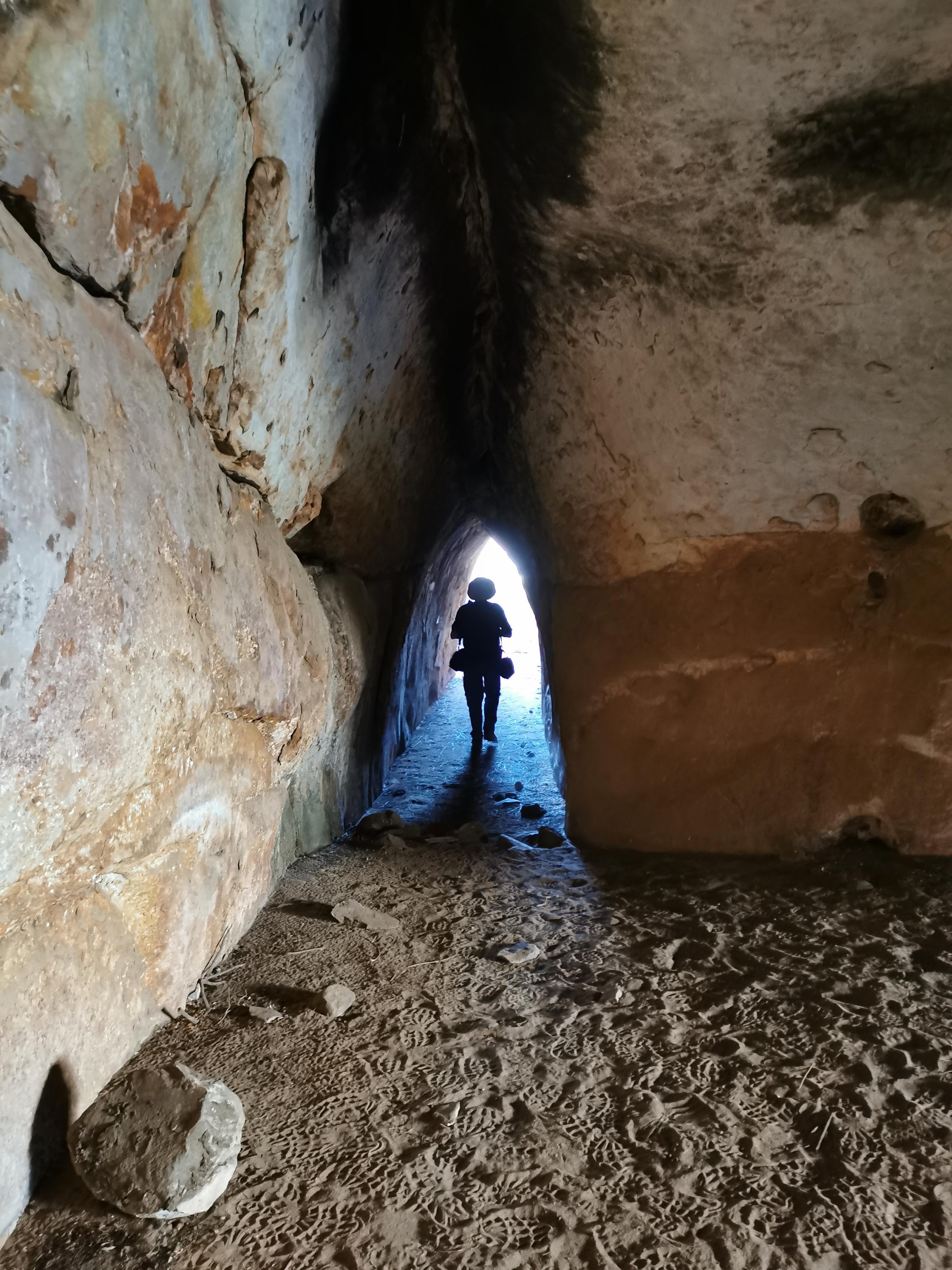 The curious spoor in the next photo is actually the burrow of the buck spoor spider, Seothyra. It is endemic to the arid, sandy flats of part of southern Africa. The hoof-like imprints are actually silky flaps that act as traps for unwary insects. The female waits under the flaps for its prey to become entangled before striking. Pretty gruesome.

Once Leonie had pointed these “spoor” out to me, I became very aware of where I stepped, because destruction of the burrow and the flaps usually proves to be fatal for the spider.

And then once you become aware of these burrows in the sandy patches, you start noticing the thousands of ant lion traps as well, the scuttling beetles and the rest of the small lifeforms underfoot. And realisation dawns that “treading lightly” in nature has a whole new meaning. 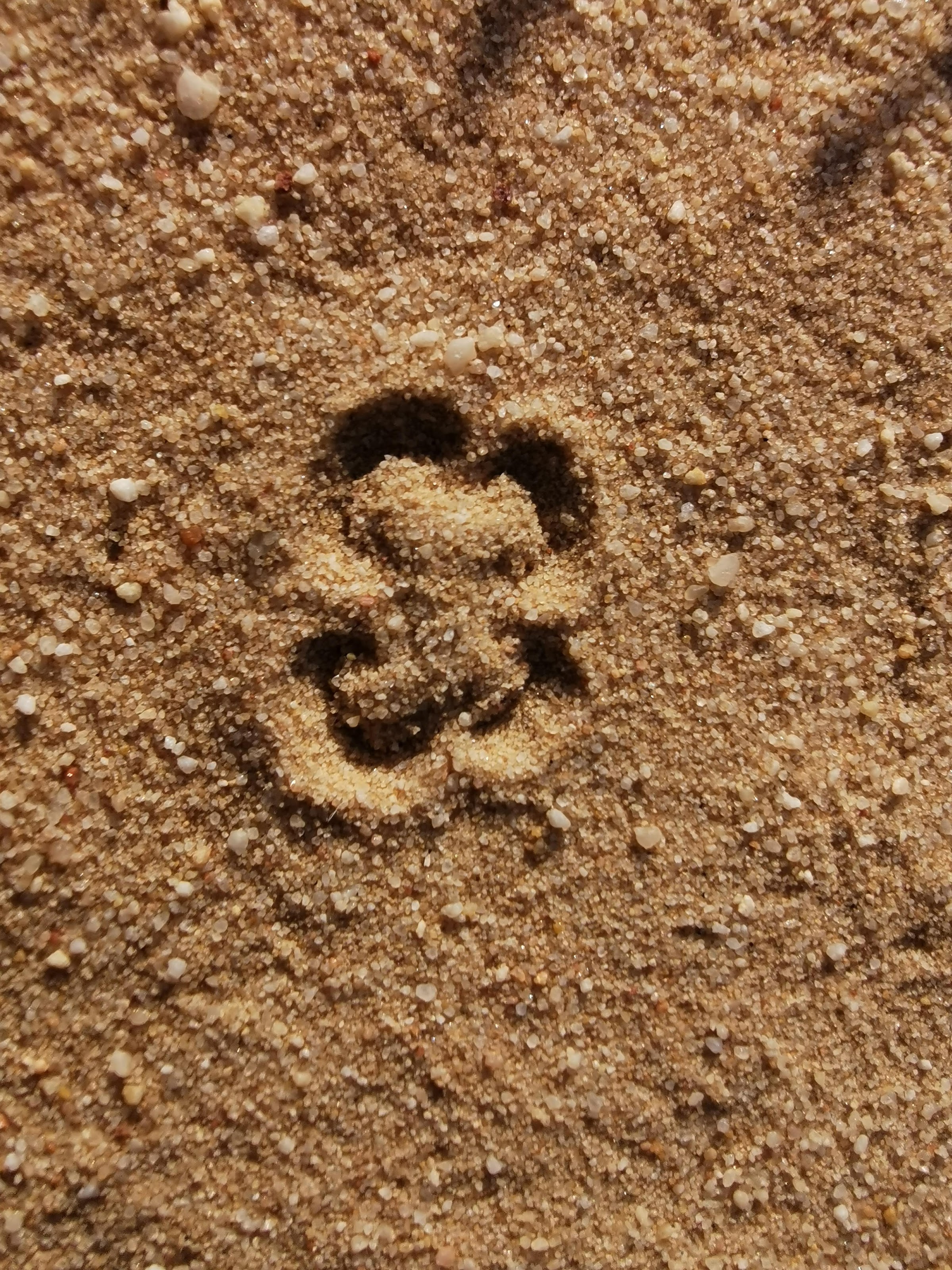