While languishing in level 4 lockdown, we had been planning our escapes to the great outdoors where mega-social distancing is possible, and even desirable. Undeniably, outdoor exercise, fresh air and sunlight boost your immune system (along with other factors such as healthy nutrition, obviously) so I am unapologetic about getting “out there” as soon as level 3 lockdown was declared.

So when Kevin suggested a hike to Perdekop, which is located south-east of Wemmershoek and east of Franschhoek Pass, after quick confirmation that this was going to be one of those crisp, bright Cape winter’s days, there was no hesitation. The peak commands spectacular views of the Boland’s mountains and valleys, especially to the east down Stettynskloof.

The walk to Perdekop, at 1575 m ASL, is fairly tough, especially if you’ve been limited to three hours of exercise in a 5 km radius for a few weeks – and you are officially classified as “elderly”. Accumulated elevation is about 964 m over 14.8 km of well-maintained trail.

We took the southernmost, shorter trail to the peak. It arrows up some steep gradients early on after crossing the river. Initially we were clouded in, but as we passed through about 800 m ASL we broke out of the cloud into sunny uplands. The return walk along the northernmost trail skirts the Wemmershoek bowl, offering beautiful views of the dam and the precipitous peaks and cliffs that encircle it.

When we initially arrived at the parking spot at the summit of the pass in misty cloud, we were stunned to see all the vehicles in an almost full parking area. The lockdown has clearly caused pent-up demand for the outdoors. But on the way to Perdekop we saw not another soul except for a young group returning from the peak. The peak was deserted, but later as we prepared to leave a handful of people trickled up. It seems that most of the vehicle owners had opted for the more accessible trails in the Mont Rochelle Nature Reserve to, and below, Du Toit’s Peak. 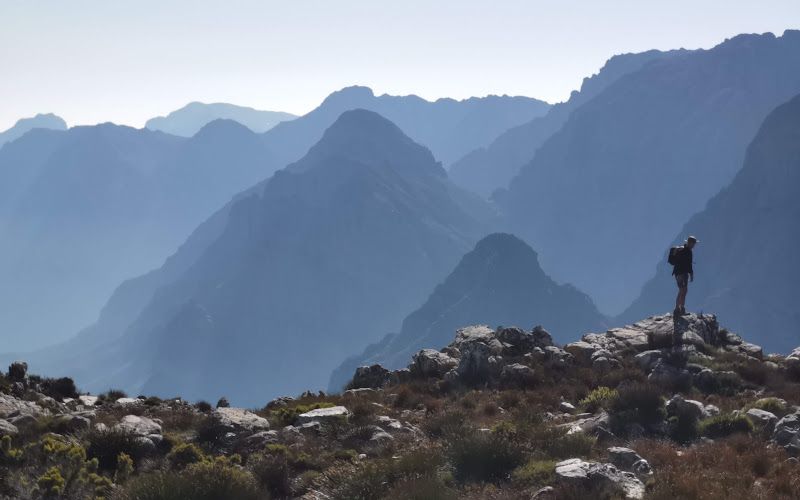 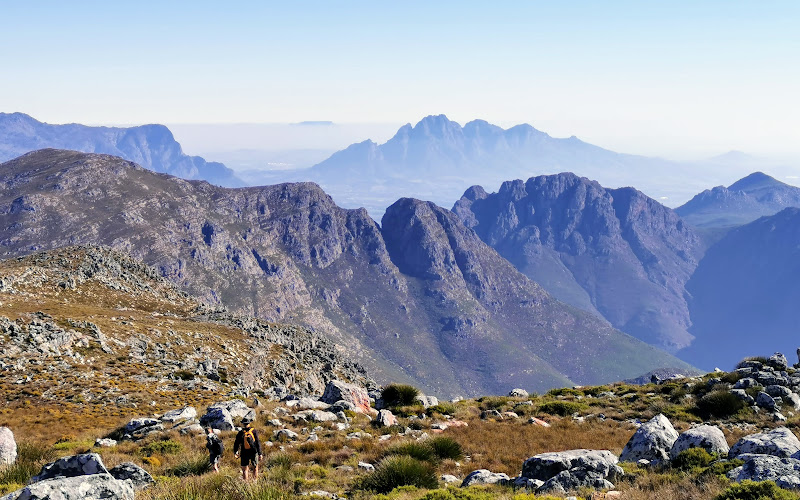