Studying satellite photos – on Google and Bing maps – of the mountains above Kogelbaai, I was able to discern a definite zig-zag path to the jeep track on the plateau north of Kogelberg Peak. So armed with a GPS waypoint for where the path leaves the Klipspringer Trail we set off on a warm morning that promised a strong south-easter, with the vague goal of scaling the peak. The switchback trail takes you through 700+ m up a steepening slope and rewards you with spectacular views of Kogelbaai and the mountain amphitheater that towers above Clarence Drive. These slopes and much of the plateau burnt two years ago and the returning fynbos is young – and low – which made the trail easy to follow. As it turned out we were less interested in bundu-bashing another 500 m up the peak than surveying the mountain wilderness below us that unfolds north towards Steenbras dam. My energy levels were a bit low too, so I was happy to stroll around the plateau. As ever, Santie was intrigued by the plants. It was interesting to note that King Protea are resprouting liberally on the higher slopes.

I am, in contrast, intrigued by the switchback trail. It is not marked on any map, even old ones from the government’s National Geo-spatial Information unit. I found one blog that showed a GPS track that follows its jagged track, and we met an older couple on it who indicated that they had hiked it before with the MCSA. Despite its apparent obscurity, the path is cut into the slope and well-designed so that it requires no maintenance. It makes for quite an easy walk because the gradient is never steep, the camber is flat, it isn’t rocky and there are few obstacles. Little rock cairns mark most of its hairpin turns. My interest deepened when a friend on Facebook enquired about the path and, because he has been a local for six decades or more, offered that it might be a path that was used by flower-pickers who alighted on the beach at Kogelbaai and climbed up to the plateau before Clarence Drive was built during the World War II years.

That little bit of speculation connected with some reading I had done about the renowned botanist, TP Stokoe, after walking Stokoe’s Pass in the Hottentots Holland reserve two weeks previously. Stokoe’s prolific cataloguing of rare and endemic floral species can apparently be partially attributed to him befriending and accompanying the Cape’s black flower-pickers and sellers – also before the construction of Clarence Drive. Up until the road’s construction, the Kogelberg area was difficult to access and penetrate because the coastal mountains slope steeply into the sea, the rocky coast is inhospitable, with few safe beaches for landing. These geographical features, more than anything else, limited agricultural development and have ensured the conservation and protection of the area’s fynbos treasures. It is not for nothing that Kogelberg is regarded as the gem in the Cape Floral Region World Heritage Site’s crown. While Stokoe was initially unconcerned about flower picking, he later came to worry about the easy access that the road offered to development, and the flower pickers, and consequently the growing threat to the area’s biodiversity.

Most of the western parts of the Kogelberg plateau are formally protected, either as Cape Nature’s Kogelberg Nature Reserve, or by the City of Cape Town’s (CoCT) Steenbras Nature Reserve and water catchment. These reserves, plus the Betty’s Bay Marine Protected Area and some smaller protected areas and state forests, form the core protected area in the Kogelberg Biosphere Reserve. Surrounding them is a patchwork of private and contract reserves and conservancies that provide buffer zones to the surrounding towns. Our trail appears to traverse the reserve and catchment area under the CoCT’s custodianship.

As befits the area’s status as a global biodiversity hotspot, you require permits to access its inner sanctum. The problem is that neither CoCT nor Cape Nature show this trail as a formal trail nor allow access to this part of the biosphere reserve. So while we would be happy to buy a permit from CoCT, we can’t. Even if we could, the website warns one to apply at least two days in advance via email – which seems odd in this digital age. Furthermore, the Steenbras catchment area around the dam has been closed to the public for many years, for no good reason as far as we know. We were accosted by a CoCT employee who was inspecting camera traps on the jeep track. He was friendly enough and enquired about our permits. We feigned ignorance, but we also knew that we would be unable to get permits to hike up to the plateau. Which brings me to the tension between conservation and human access.

More recent thinking about conservation and preservation recognises that people are part of the ecology, and furthermore that protected area (PA) security – as in the conditions that ensure their status and longevity – is partially dependent on the PAs being valued by people. If people cannot access and enjoy these places they become “out of sight and out of mind”. The “people and parks” theme is now a central tenet in global biodiversity conservation. Recently, however, we have experienced a discernible trend in local conservation agencies that seems to discourage low-impact visitors such as hikers, who generally penetrate more remote areas, and prioritise mountain bikers, for instance, who as a demographic are able and willing to pay higher entrance fees (disclaimer: I am also a mountain biker). Is this attitude driven by commercial concerns and a desire to be friendlier to private concessionaires and wealthier demographics? I hope not: exclusion will make PAs more vulnerable. And PAs that depend on commerce for survival will rapidly disappear. 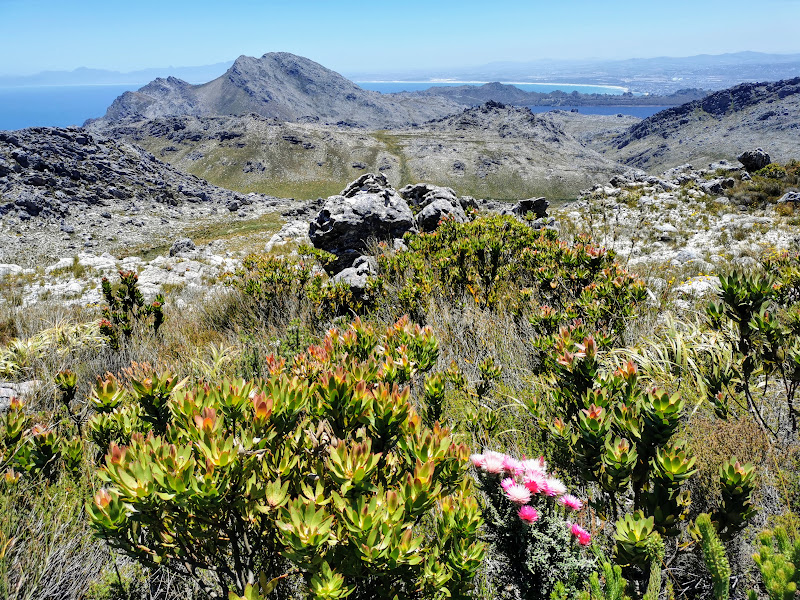