As the name suggests, Klein Hangklip is a smaller replica of Hangklip peak located further south at Cape Hangklip. Hangklip is the sentinel east of False Bay’s entrance. In the age of sail, many a navigator mistook Hangklip for the Cape of Good Hope and ended up being trapped in False Bay by the prevailing southerlies. Klein Hangklip (308 m ASL) towers above the village of Rooiels where we now are happy residents. Its western cliffs are also where the Rooiels baboon troop sleeps at night. We regularly hear their barks echo down when something disturbs them – or when some troop discipline is being applied. Or perhaps they are simply voicing their appreciation of the sunsets.

We have now been living here for four months and I have been gazing up at it daily. So my brother, Marc, and I resolved to take advantage of the tranquil, clear autumn days to tackle it after the trauma and heartache of our dad’s passing and all the funeral and estate arrangements. Our hiking companion suggested a route up the north-western gulley instead of the easy walk up the back. However, she unfortunately had to withdraw that morning but we decided to pick our way up the gulley anyway. Marc is a little unfit and heights are not his thing, so the scramble must have been a bit daunting at times, but we topped out on the peak after a couple of hours and regular rests. 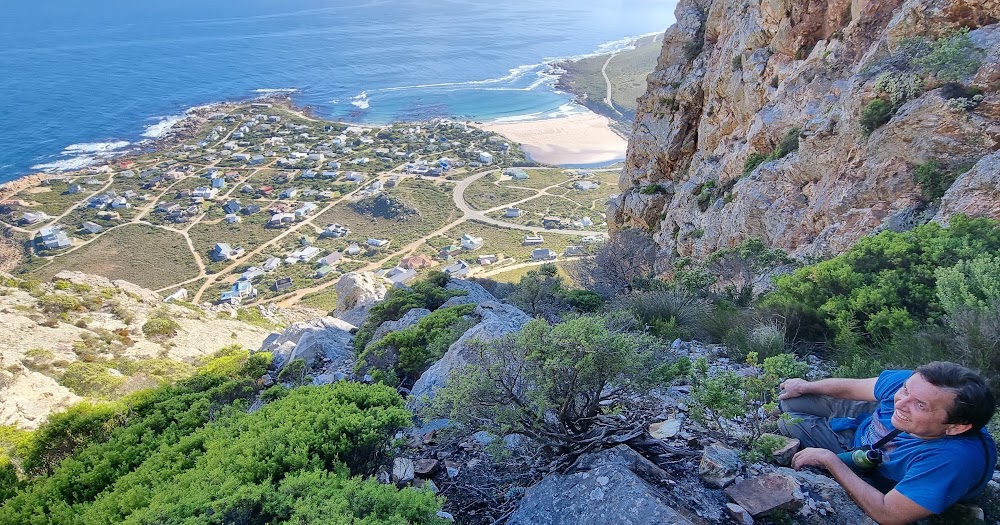 But what a vista awaited us! It was a crystal clear day, and windless. Cape Point was clearly etched out against the blue horizon across the bay; the Kogelberg’s rocky coast and coastal peaks stretch away north and south; and behind us the cleft of the Rooiels gorge cuts its way deep into the Kogelberg core reserve, thousands of hectares of mountain wilderness and unbelievably diverse fynbos. I hope that the photos do it some justice.

We then took the easy walk down the eastern slope and finished off with a long, cold Carlsberg at Gossip Corner. 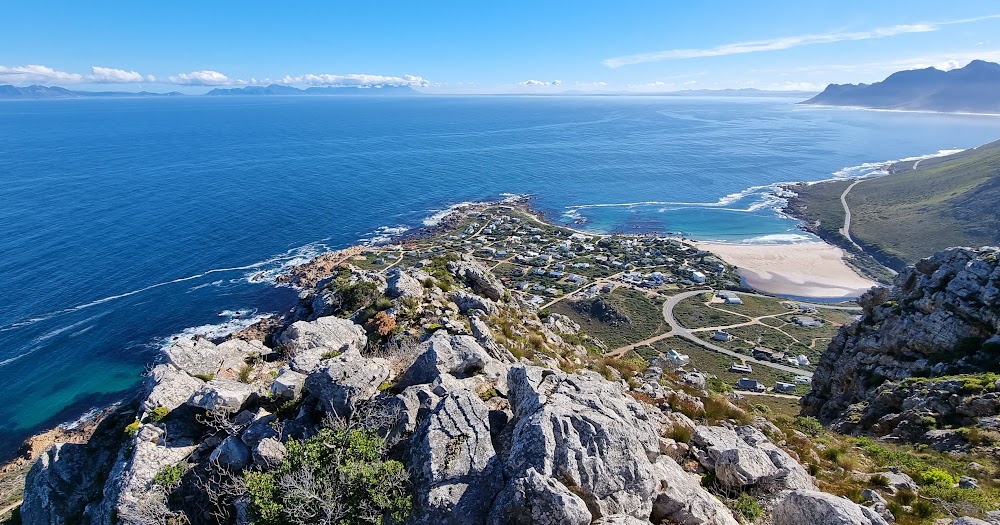 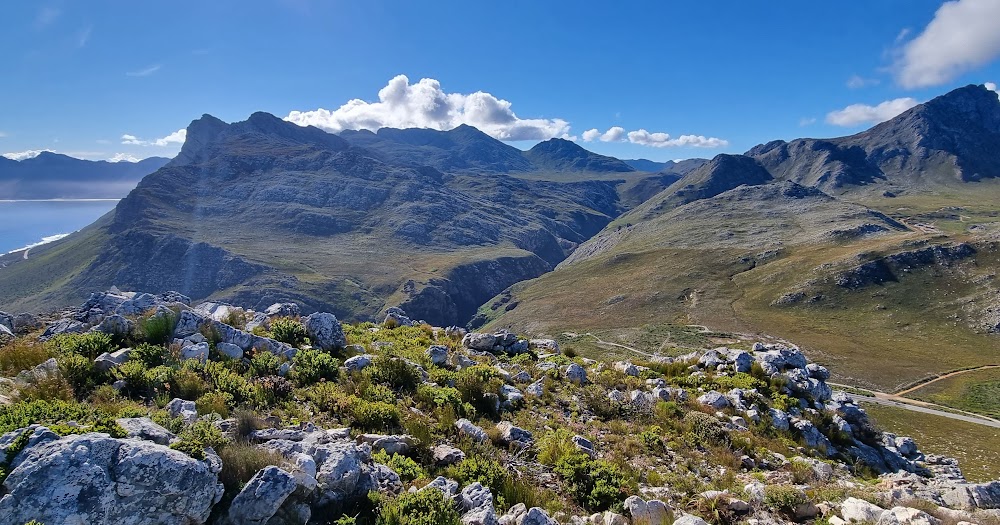 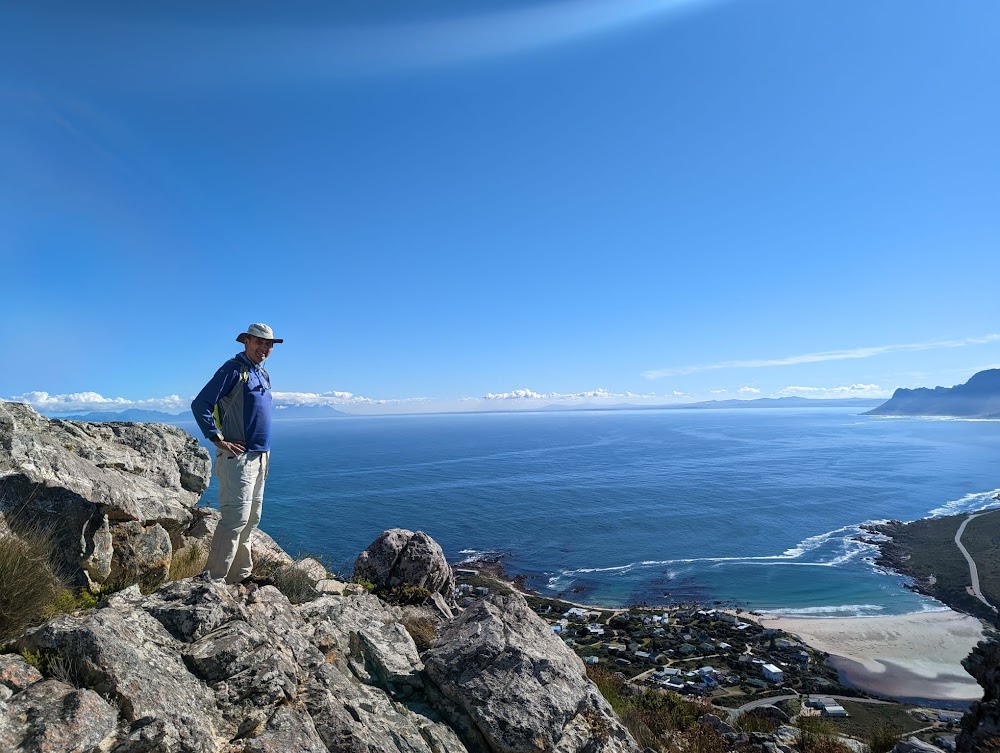 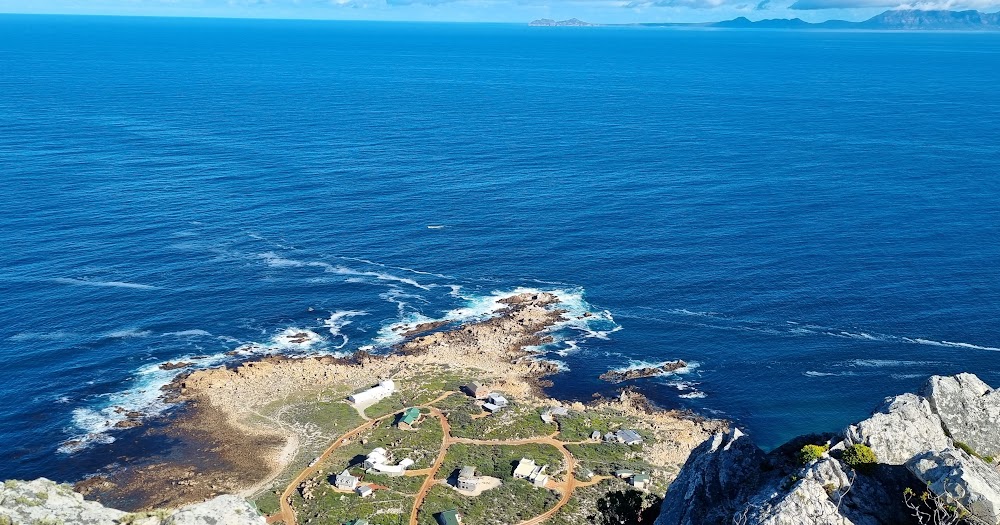