Unfortunately – and unsurprisingly – my words were prescient: it has indeed become an “interesting” summer in the Boland mountains. Since December Volunteer Wildfire Services Jonkershoek (VWS-JNK) has been called out at least 6 times to fires in the local mountains (“local” is a relative concept – in our case it means 290 000 ha of mountain wilderness). The latest callouts were to Assegaaiboschkloof near Franschhoek last Saturday and last night. The fires are still raging as I write this, covering the Boland in a blanket of ash. Photos and a Google Earth track of Saturday’s firefighting effort follow…

A crew of 10 volunteers reported to the Jonkershoek base at 06h00 on Saturday and then trucked through to Robertsvlei near Franschhoek where the firefighting base had been established. We watched the four Hueys set off up the valley to waterbomb the fireline while we waited for the Fire Boss to decide how to deploy us. Eventually, after a couple of hours waiting we boarded a Huey and headed up to a high ridge west of Fortsnek, from where we had to hike a couple of kays along the watershed to reach a fireline. We spent the rest of the day securing the line towards Emerald Peak with rake-hoes and beaters in a raging north-wester. It is amazing how a fire slowly moves into the teeth of a gale by causing adjacent vegetation to combust. So we were quite chuffed that we stopped that movement on the watershed, because from there the fire would move north into the Jonkershoek reserve which after sustaining 30% fire damage a year ago, has a lot of fynbos veld that needs to be free of fire for up to a decade at least. 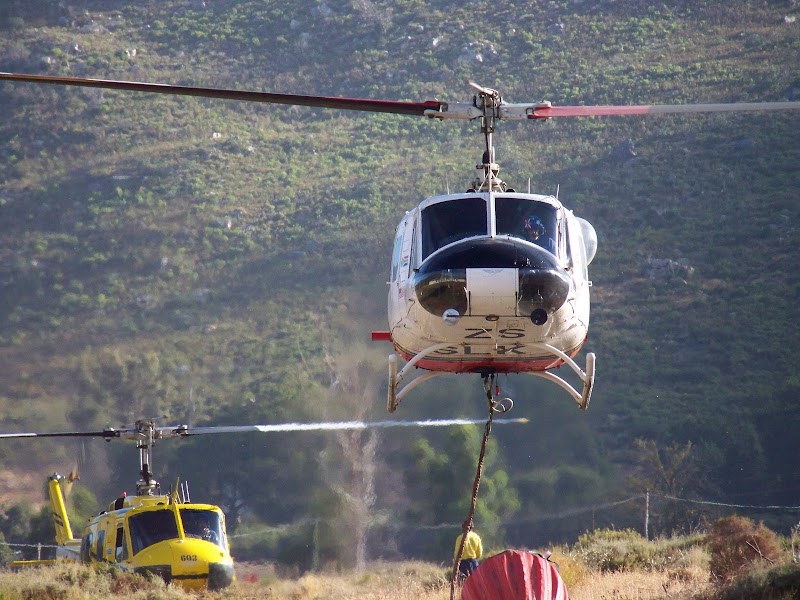 In the late afternoon we radioed for extraction and prepared a landing zone near one of the peaks, but apparently wind and altitude (about 1300m) were concerns for the pilots. A debate then ensued about whether we should wait or start walking down. Some were apparently prepared to spend the night, but from experience I know that wind-swept mountains are not places to spend the night without appropriate gear. Eventually the wise decision was made to head for the LZ where we had deplaned in the morning and as we approached it from above the Hueys thumped into sight. The fast hike down to the LZ caused a couple of injuries, but we were happy to board the yellow machines – especially as it had become too late to pick our way down the mountain via Fortsnek. 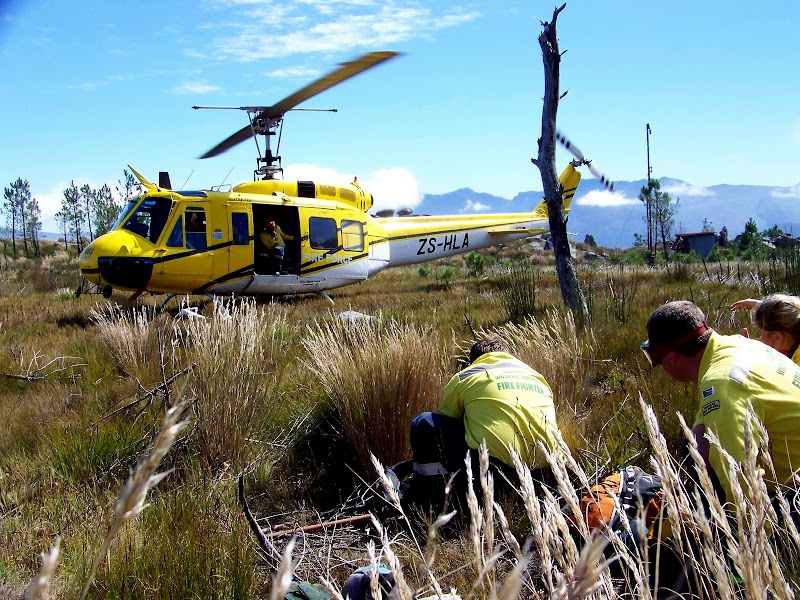 However, the LZ which had featured intact vegetation but a few hours before was now a fire-blackened ridge. I don’t quite understand how the fire which was always south of us and on the southern aspect of the mountains somehow flared up north of and below us in Assegaaiboschkloof – this while a north-wester was blowing – and raced up the northern aspect to take the ridge late in the day. Our earlier satisfaction was immediately replaced by deflation. 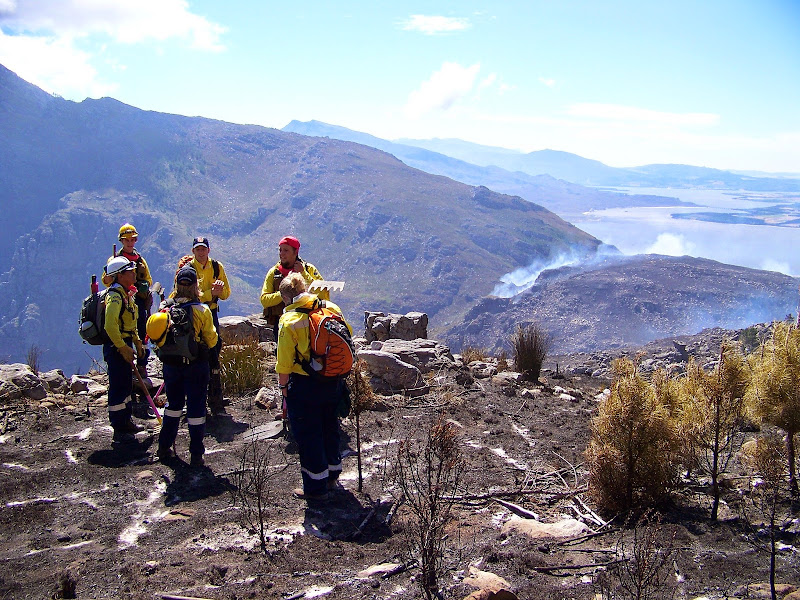 To our surprise too, the chopper dropped us in a charred wasteland south of Franschhoek peak, on the opposite side from the firefighting base with the result that we spent about three hours waiting for a lift back. That was my first experience of a black ash-storm – the black stuff is still coming out of my ears.

If the track doesn’t appear in the window above or you don’t want to install the plugin in your browser, then download the VWS operation’s Google Earth file and view it in Google Earth (download Google Earth) or see the Google Map below

The crew was ably led by Mark Randall and Hayley Marrison (VWS Jonkershoek station manager) who are both extremely keen volunteers. They pitch up at every callout and work party without fail – dedication to the cause. 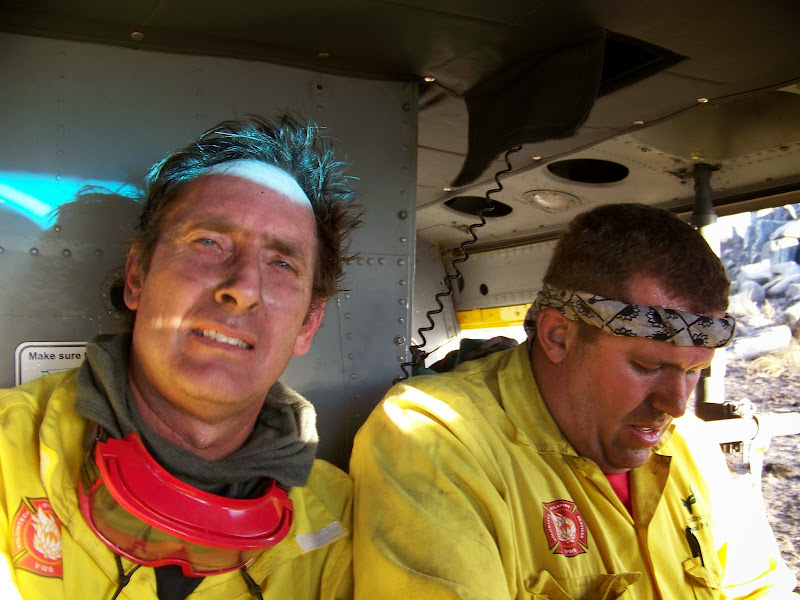 In reflecting on the recent fires, it seems to be clear that almost without exception they were caused by human activity. The big one in the Groenland mountains was started by an arsonist, while this fire was apparently started when a Working for Water work party’s cooking fire escaped control. I would be quite happy to never be called out for a wildfire, unless it was caused by a lightning strike or to help control a controlled burn; my attitude is informed by concerns about the conservation of biodiversity and the effect of too-frequent fires on biodiversity. So I believe that the VWS should emphasise fire-prevention strategies such as awareness-building and education more in its activities. By “awareness” I don’t mean “awareness of the VWS” but awareness about the causes, dangers and ecological implications of fires…