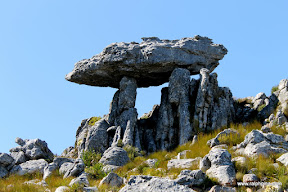 When Paul bailed from our planned hike I was so desperate to get into the mountains again that I did something that is not recommended and is potentially stupid: I went hiking alone. It was the first hot day of spring, 34°C or so, and crystal clear. Cape Point was clearly visible at the nexus of sea and sky some 60 km away across False Bay. At least I was prepared, loaded up with at least 3 litres of liquid and lots of sun protection.

Those who have lived, worked or studied in Stellenbosch will know that Stellenbosch Mountain dominates the town. It is visible from almost anywhere there is a view to the south. As a student I often used to stare from an engineering classroom towards its brooding mass, daydreaming about being up there. Yet I will wager that few students and townspeople have actually climbed it, even though it is so accessible and the university owns large swathes of its northern aspect.

Anyway, the heat and my own relative unfitness took its toll. It took me about four hours to reach the summit what with all the sightseeing and resting. But as you can see from the photos it was well worth it. At the summit I ran into a geosciences researcher from Italy, Lorenzo, kitted out in trackshoes and running vest, fresh and sprightly, who was making the most of his short stay in town. While he was impressed with the vistas, he told me that I must walk the Dolomites before I die. So, onto the “to do” list of hikes it goes …

The route that I took up is the most easterly of two leading up from the Coetzenburg grounds and the famous Bergpad. Generally I would not recommend it. The “path” is steep, straight up and badly eroded, although there have been some attempts to rehabilitate it. If you view the mountain from town it is the most visible scar leading up to the first cliffs. From my home the distance to the summit and back is some 11.8 km with an elevation gain and loss of 1073m. The maximum slope is about 45%. There is no water on the way up, so be prepared and be relatively fit. The veld is about 3 years’ old, having burnt in 2009, so the going is relatively easy now, but as the protea grows to shoulder height it will become very hot work indeed.

SW to NE from the summit 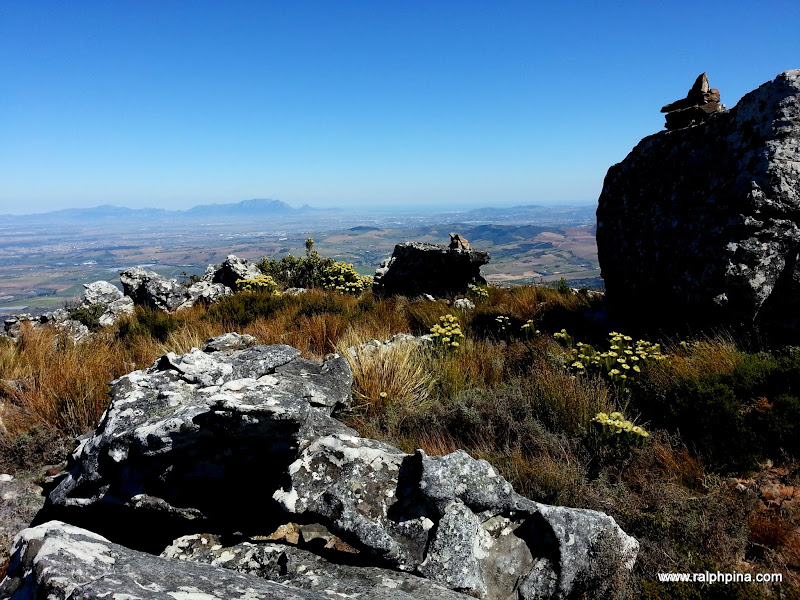 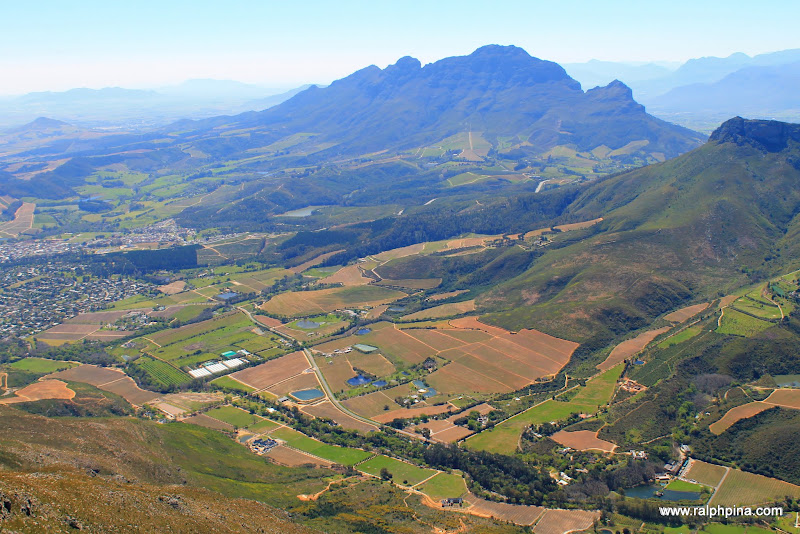 Looking down on home 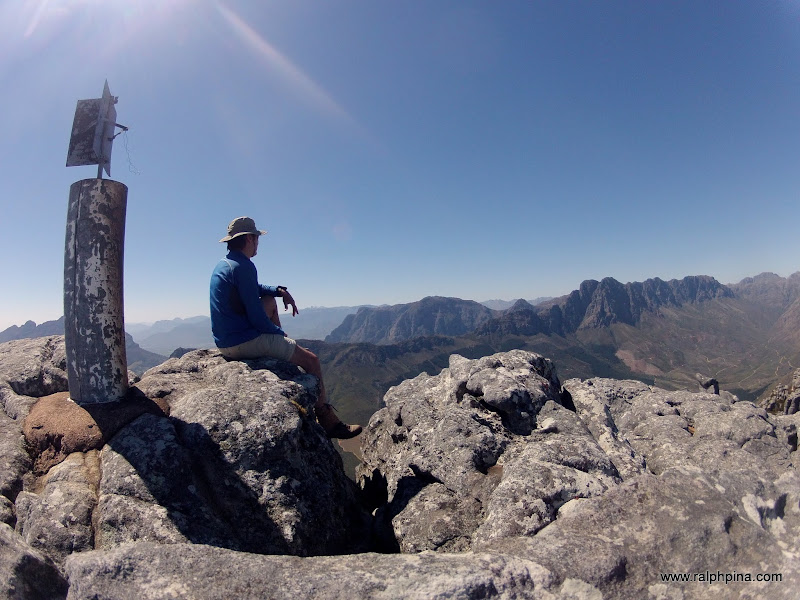 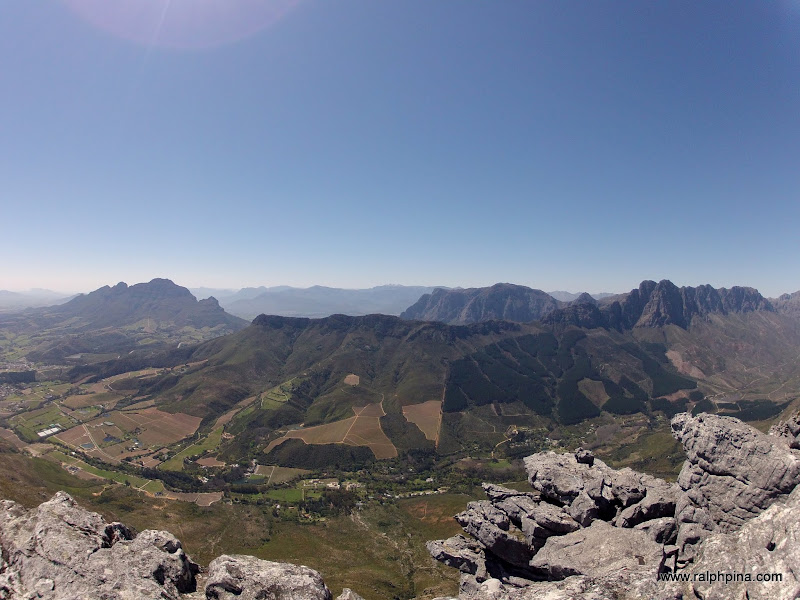